Jacqueline Fernandez Wants To Keep Herself 'Busy With Films'

Jacqueline Fernandez, who will be seen in Judwaa 2, said, "From the longest time, I wanted to keep myself busy by working in films and releasing them" 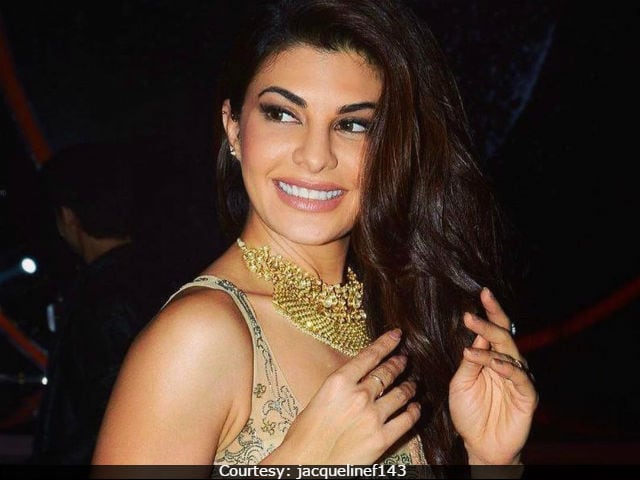 Actress Jacqueline Fernandez, who is all set to star in Judwaa 2, co-starring Varun Dhawan and Taapsee Pannu, said that she wants to keep herself busy with films, reports news agency IANS. "From the longest time, I wanted to keep myself busy by working in films and releasing them. It's a really good feeling when you see yourself busy by doing your choice of work," Jacqueline told IANS. The 31-year-old actress, who debuted in Bollywood with the 2009 film Aladin said that apart from Judwaa 2, she has three other films lined up this year - Drive, Reloaded and According to Matthew, a Sri Lankan movie. "I am really excited about 2017," Jacqueline told IANS.
In Judwaa 2, Jacqueline will be reprising the role of Karisma Kapoor. The film is a remake of Salman Khan's 1997 blockbuster movie Judwaa. Salman, who played the double role of Raja and Prem, starred opposite Karisma and Rambha in the film. Of her role, Jacqueline told earlier told IANS, "Karisma hasn't given me any tips. But I am watching a lot of her movies. She is an extremely amazing actress." Judwaa 2, directed by David Dhawan, is scheduled to hit the screens on September 29. Salman and Karisma will reportedly have cameo appearances in the film.
Earlier in March, Jacqueline also started filming Drive along with Sushant Singh Rajput. The film is backed by Karan Johar's Dharma Productions and directed by Tarun Mansukhani.
Jacqueline Fernandez is the star of films like Housefull 2, Kick, Roy, Brothers and Dishoom. She made an appearance with Sidharth Malhotra, her Reloaded co-star, on Karan Johar's chat show Koffee With Karan 5.
(With IANS inputs)