Jagga Jasoos And The Mystery Of The Perfect, Elusive Box Office Date 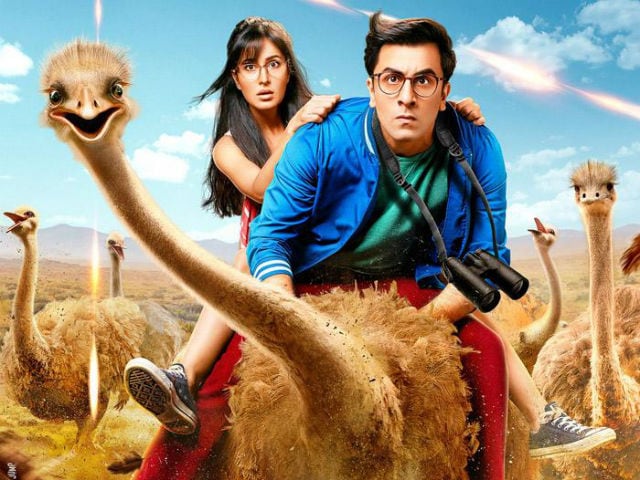 Jagga Jasoos: Ranbir Kapoor, Katrina Kaif in a poster of the film

It appears that Ranbir Kapoor's next film Jagga Jasoos might, just might be delayed yet again, after many delays while filming. The April 7 box office date that the film finally booked coincides with school examinations and, director Anurag Basu tweeted, the team is 'contemplating' a revision in release. Because it's a 'family holiday film.' But only if they get a 'better date.' School examinations, usually held in March, have been postponed to April in many places this year because of the assembly elections in states like Uttar Pradesh and Punjab. In the absence of a 'better date,' Jagga Jasoos will release as scheduled on April 7, its director tweeted:

Jagga Jasoos, the treatment of which is very Disney-esque, stars Ranbir Kapoor as a young detective in search of his father and Katrina Kaif as his partner in adventure, if not crime. The trailer of the film shows them hilariously capering across the African savannah, astride an ostrich. Saswata Chatterjee, Sayani Gupta and Adah Sharma co-star.
Jagga Jasoos began filming in 2015 and was much interrupted along the way. Speaking to NDTV in December, Ranbir said, "There was a point where I told (Anurag) Basu that should we shelve the film? Is it happening? And he was also in a dilemma, but we kept coming back to it. Because there was the soul of the film, the story he was trying to say...the world, the characters were just not leaving us." Anurag Basu previously directed Ranbir in Barfi!
Ranbir Kapoor was last seen in 2016's Ae Dil Hai Mushkil. Katrina Kaif had two releases last year - Fitoor and Baar Baar Dekho.
Meanwhile, Amitabh Bachchan's film Sarkar 3 has also declared its intention to release on April 7.