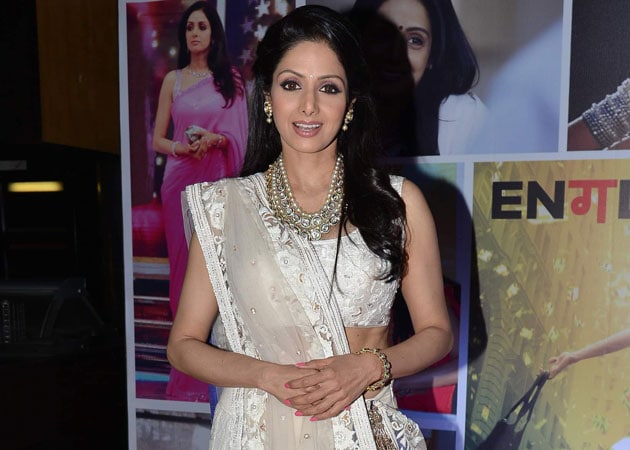 The dishes served at Subrata Roy's party for Sridevi were named after her filmography.

Industrialist Subrato Roy recently threw a party in honour of Sridevi to felicitate her for the Padma Shri award she received.

Industrialist Subrato Roy recently threw a party in honour of Sridevi to felicitate her for the Padma Shri award she received.
At the event, everything was thematically designed keeping in mind the veteran star's filmography. In fact, even the dishes served were named after the films Sridevi had acted in. (Pics: Bollywood celebrates Sridevi's Padma win)
There were film posters of the Bollywood maven at the venue that included films like Chaalbaaz, Khuda Gawah, Lamhe, Mr India and Himmatwala to name a few. But what's more intriguing was the menu. "The food counter had over 60 items and all the dishes were named after her films," adds a source.
The onlooker further says, "The whole ambience, decor and food was a celebration of Sridevi and her journey in the Indian film industry. Her songs were being played in the background at the venue."
List of some food items at the party:
Heer Ranjha falafel
ChaalBaaz Pav Bhaji
Chandni jalebi
Chand ka Tukda ice-cream
Hawa Hawaii dal makhani
Nigahen thai spiced fish cake
Inquilab paneer tamatar ka kut
Lamhe lamb satay
Chandramukhi chicken tikka
Himmatwala haleem
Aag aur Shola veg in red curry
English Vinglish salad