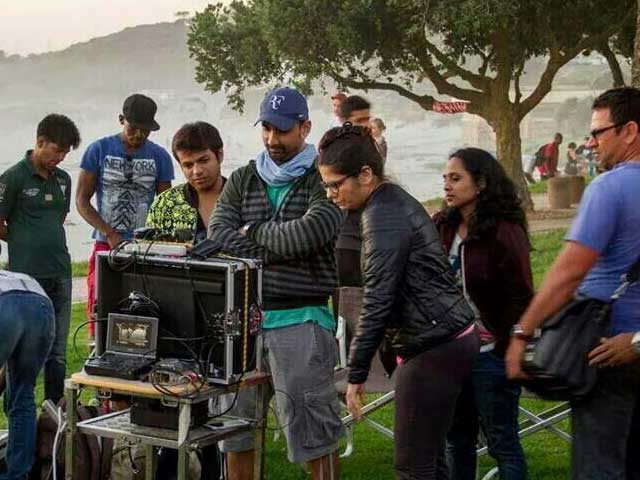 This image was posted on Twitter by Kunal Deshmukh

"Just talked to Kunal & Sonali. They r both sitting on the Kathmandu runway waiting for an aircraft to carry them back HOME," tweeted Mahesh Bhatt

Bollywood director Kunal Deshmukh was in Kathmandu when the 7.9-magnitude earthquake hit Nepal on April 25. He is safe and awaiting his return to Mumbai.
Filmmaker Mahesh Bhatt posted on Twitter:


Just talked to Kunal & Sonali. They r both sitting on the Kathmandu runnway waiting for an aircraft to carry them back HOME.


Can someone help us search Kunal Deshmukh ( Director of my film Jannat ) in Kathmandu? He was living in The Gorkana Forest Resort.


@MaheshNBhatt He text me this morning that he is safe and is figuring a way to return to Mumbai. This is as of 9am.

The quake that shook Nepal on April has already left 2,123 people dead, according to police.