Jaya Bachchan: Having my loved ones around the best birthday gift 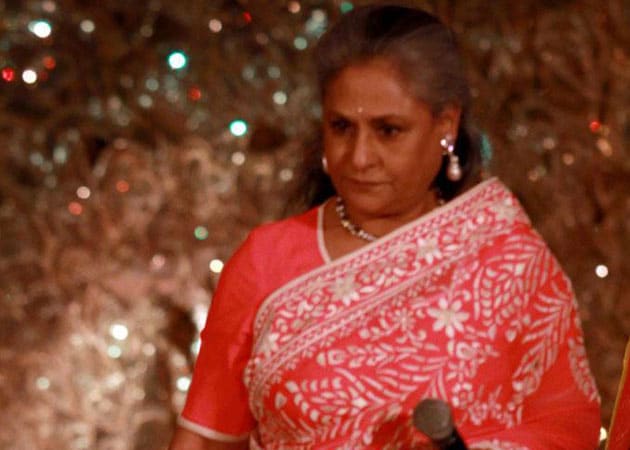 Actress Jaya Bachchan, who has turned 66, spent her birthday with her children and grandchildren. She says she couldn't have hoped for a "better gift".

Actress Jaya Bachchan, who has turned 66, spent her birthday with her children and grandchildren. She says she couldn't have hoped for a "better gift".
Her husband megastar Amitabh Bachchan was away in Dubai for the promotion of his forthcoming release Bhoothnath Returns, but Jaya's day was made special by her other family members on Wednesday.
"All my loved ones are with me. I couldn't have hoped for a better gift," said the ecstatic Jaya, when this writer called to wish her.
Jaya's frail old mother couldn't be flown to Mumbai from Bhopal, daughter Shweta flew in with her two children Navya Naveli and Agastya. Son Abhishek and daughter-in-law Aishwarya too cancelled all their appointments to just spend the day with her.
A close family friend said: "Jayaji likes nothing better than to have her family around for her birthday. Abhishek wanted to invite all her close friends for a party. But Jayaji just wanted to spend the day with her near and dear ones."
Abhishek's daughter Aaradhya took centre stage on this special day in her grandmother's life and insisted on cutting the cake.
"Just to see her three grandchildren together made Jayaji's birthday special. Navya Naveli and Agastya are so protective of Abhishek and Aishwarya's daughter Aaradhya. They are almost like little guardians to Aaradhya," said a family friend.
Jaya also received a barrage of phone calls and messages, and visitors who just dropped in to wish her.