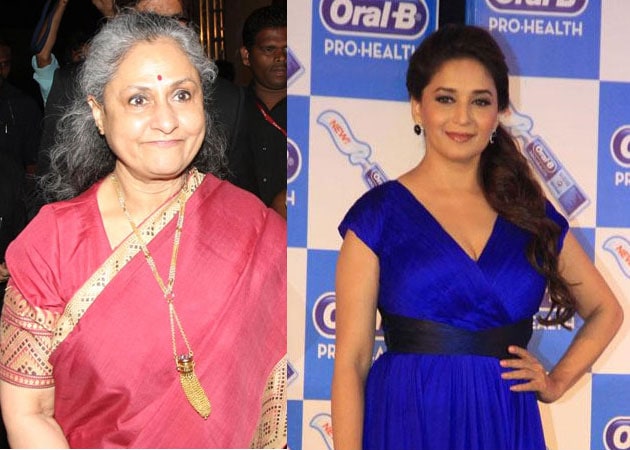 Film actress and Rajya Sabha member Jaya Bachchan, along with actress Madhuri Dixit, will be getting the prestigious Lacchu Maharaj award this year.

Film actress and Rajya Sabha member Jaya Bachchan, along with actress Madhuri Dixit, will be getting the prestigious Lacchu Maharaj award this year. An announcement to this effect was made by the organisers, Shakuntala Neeruj Sansthan.
Director of the institute, Kumkum Adarsh, said that while Jaya Bachchan would be awarded for 2012, Madhuri Dixit will be given the honour for 2013.
The award was constituted in memory of Kathak exponent Lacchu Maharaj, who died in 1978. In the past, Asha Parekh, Kumkum, Sri Devi, Jaya Prada and Rekha have won it.
Birju Maharaj, who represents the Lucknow gharana of Kathak dance, and is also the nephew of Lacchu Maharaj, has also previously won the award.
Sitara Devi, an exponent of classical Kathak whom Rabindranath Tagore named Nritya Samragini -- empress of dance -- has also received the award in recognition of her contribution to dance.
Lacchu Maharaj had choreographed Jaya Bachchan in the film Ek Nazar (1972).
In the past, the awards were given away on September 1, to coincide with the birth anniversary of the late dance exponent. This year, however, officials said the availability of the actresses was being ascertained to finalise the award distribution programme.