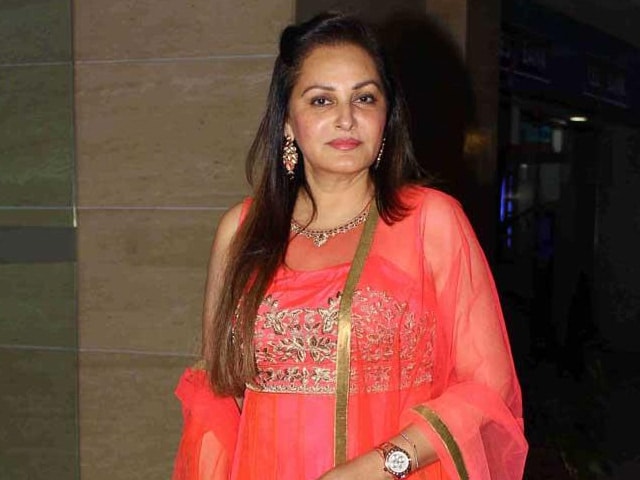 Jaya Prada at an event in Mumbai.

"My character Rani Sahiba is glamorous with grey shades," Jaya Prada said in a statement

Actress-politician Jaya Prada is returning to films with a lead role in director Sanjay Sharma's paranormal thriller.
The 53-year-old actress, who was last seen in a supporting role in 2013 Kangana Ranaut's Rajjo in 2013, will be play a modern-day queen in the upcoming film.
Jaya said doing the movie was a brave decision for her. "My character Rani Sahiba is glamorous with grey shades. People's expectations have changed and youngsters today are looking for different stories. I have never played such a character, hence doing this film is a really brave decision. And I trust my director Sanjay Sharma too," she said in a statement.
The yet untitled film will be shot in Malaysia, Sri Lanka and Nepal.
Apart from this, the actress has also bagged a lead role in a Malayalam film.