Jhanvi, Khushi Kapoor Spotted With Dad At Airport. But Sridevi, Where?

The Kapoors were reportedly flying out on holiday 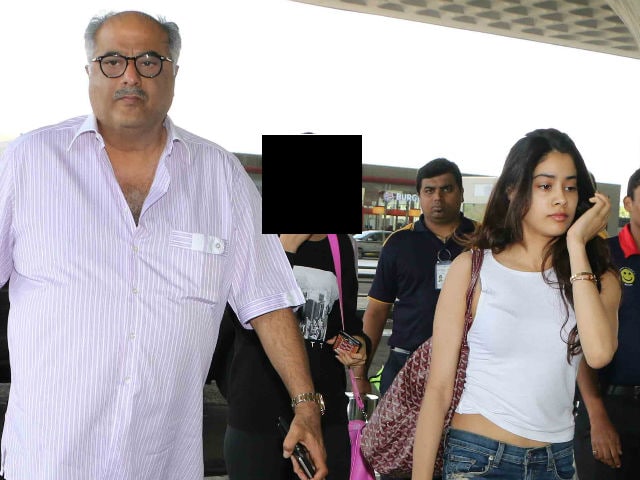 Jhanvi and Khushi with their father Boney Kapoor in Mumbai.

Sridevi's young daughters Jhanvi and Khushi were spotted at Mumbai airport with father Boney Kapoor on Tuesday. The Kapoors were reportedly flying out on holiday. Sridevi did not appear to be accompanying them - or if she was, the cameras missed her. The strain of being so relentlessly scrutinized appears to be telling on her teenaged daughters - Jhanvi is 19, Khushi 16 - who looked a bit grim. Jhanvi, dressed in jeans and a white tank, walked past the lensmen impassively. Khushi, in top to toe black, had her hand across her face all through - she evidently didn't want to be photographed so we've masked her face in the pictures. Jhanvi Kapoor is an aspiring actress and will make her debut in a movie produced by Karan Johar. 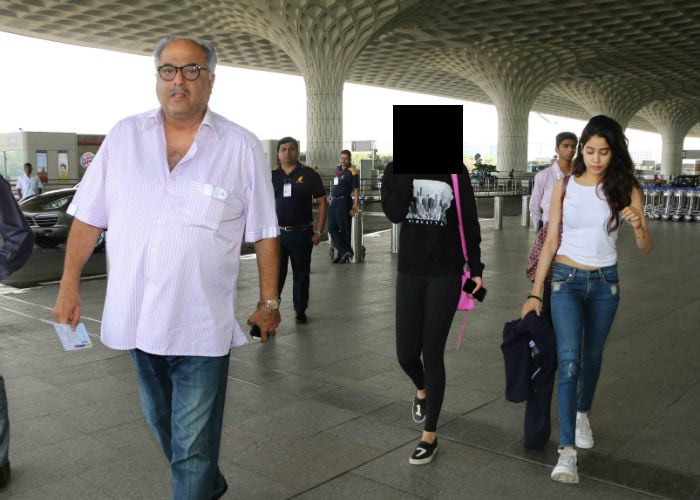 Jhanvi is prepping for her Bollywood debut

Jhanvi and Khushi are often photographed with their glamorous mother, matching her in fabulous outfits of their own. Social media is fairly obsessed with all three Kapoors - Jhanvi, as the older of the sisters with (presumably) a more eventful life, trends often. This week, a video of her dancing with rumoured boyfriend Akshat Ranjan at a party went viral.

Khushi Kapoor has previously struggled with public scrutiny. In January last year, she posted an impassioned Instagram note addressed to body-shamers, writing "I don't care if you think my stomach pops out or if I don't fit into your idea of beautiful." She later deleted the post.
Few details of Jhanvi Kapoor's impending Bollywood debut are known other than the fact that it will be handled by Karan Johar's Dharma Productions. Not even her father Boney Kapoor, a producer himself, seemed to know which film Jhanvi will be or has been cast in.