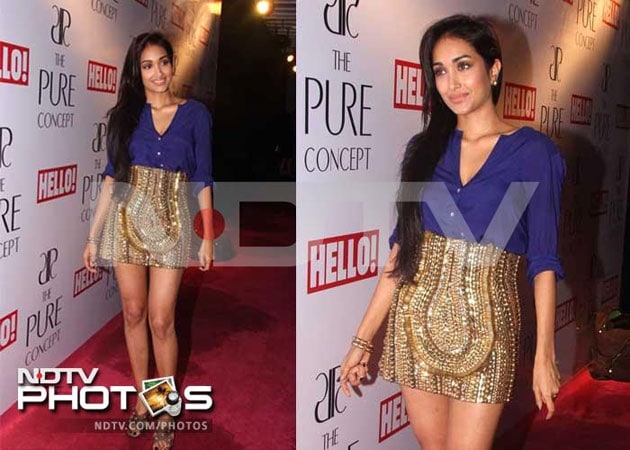 Jiah Khan committed suicide at her Mumbai residence in June 3.

Actress Jiah Khan's alleged suicide has shocked Bollywood but it is not an isolated case in showbiz and brings back memories of the untimely death of film personalties like Guru Dutt, Divya Bharti and Silk Smitha.

Actress Jiah Khan's alleged suicide has shocked Bollywood but it is not an isolated case in showbiz and brings back memories of the untimely death of film personalities like Guru Dutt, Divya Bharti and Silk Smitha.
Jiah, 25, committed suicide at her residence in suburban Juhu late last night. She made a dream debut opposite Amitabh Bachchan in Ram Gopal Varma's Nishabd in 2007.
Jiah then appeared alongside Aamir Khan in Ghajini (2008) and later in a supporting role in Sajid Khan's Housefull (2010), which was her last film.
Earlier also, B-town witnessed some shocking tragedies including the death of young and vivacious Divya Bharti at the age of 19 in 1993, after she allegedly fell off the fifth floor of a building.
Mystery still shrouds her death and it remains unclear whether she was pushed to death or she was inebriated and lost her balance.
Divya had made an impact in Bollywood in her brief career with films like Vishwatma, Shola Aur Shabnam and Deewana and others.
One of the most glamorous starlets of her time, Parveen Babi, died a lonely death in 2005 at her flat in Mumbai. Her death came to light only after her residential society secretary alerted the police that she had not picked up milk and newspapers from her doorstep for three days. In her case also, it was not clear whether she committed suicide or died a natural death.
The death of filmmaker Manmohan Desai, who made iconic films like Amar Akbar Anthony, Coolie, Parvarish and others, was received with shock after he fell off his building at Grant Road in Mumbai in 1994.
The real cause of his death is still a mystery. There were speculations that Desai committed suicide as his later films had not been successful while another story claims that his chronic back pain had abetted his fall.
Yesteryear filmmaker Guru Dutt was found dead after an overdose of alcohol and sleeping pills in 1964. It was reportedly Dutt's third attempt at suicide. Whether it was an accident or suicide is still a matter of debate.
His family claimed that it was an accident, even as the filmmaker was reportedly depressed over the 'distance' between him and wife Geeta.
Southern actress Vijayalakshmi, popularly known as Silk Smitha, committed suicide by consuming poison in 1996.
Smitha was trying to change her destiny by turning producer after a successful stint in front of the camera by acting in over 450 films for 17 years.
Things did not fall in place for her and she took the drastic step. Failed romance, depression and alcoholism were the other reasons cited for her premature death.
Actor Kunal Singh of Dil Hi Dil Mein fame was found hanging at his Mumbai apartment in 2008. His father had alleged that Kunal had been murdered and it was not a suicide.