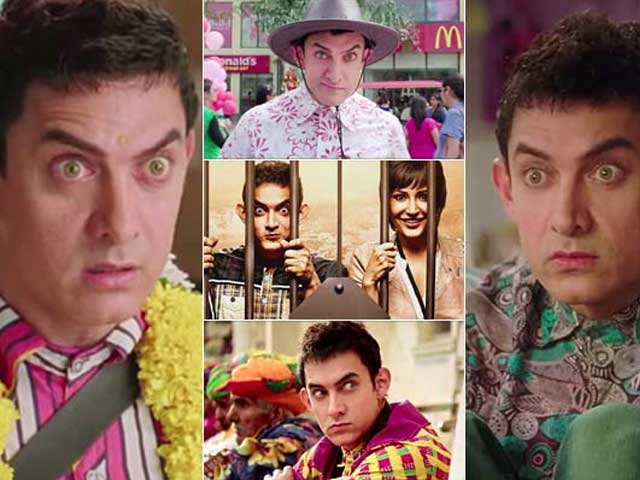 Aamir doles out oodles of memorable dialogues in PK

Even if you didn't, for reasons best known to you, watch Aamir Khan's 3 Idiots, chances are you were infected by his character's catch phrase 'All is Well,' trotting in moments of both joy and despair.

Aamir has a new movie out now - PK - and a new catchphrase: 'Wrong Number.' He also doles out oodles of other memorable dialogues in and as PK.

2. "Hamare goley pe koi jhooth nahin bolta (Nobody lies on my planet)," he tells TV journo Jaggu who refuses to believe him at one point.

3. "Hum confusiya gaye gain," PK says on more than one occasion, foxed by the ways of the world, especially by the bewilderingly varied religious rituals he encounters.

4. One of PK's takeaways from his brush with humans is that when they say 'I love chicken' or 'I love fish' they mean the exact opposite. It means they love killing and eating chicken and fish.

5. An idol seller tells PK that humans can communicate with God directly. He shoots back: "Why then do you make these idols?"