John Abraham: Feel Fortunate to Return With Welcome Back 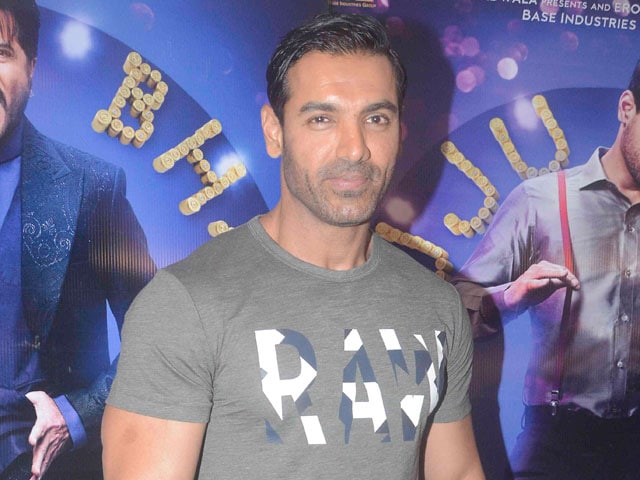 John Abraham photographed at an event in Mumbai.

"Everyone in this film is lucky for me. I did Taxi No. 9211 with Nana (Patekar), Shootout at Wadala with Anil Kapoor," said John Abraham

Actor John Abraham feels he is lucky to make a comeback on the big screen after two years with Anees Bazmee's upcoming multi-starrer comedy Welcome Back.
John was last seen in his 2013 home production Madras Cafe and will be now seen seen as 'Ajju Bhai' in Welcome Back, a sequel to 2007 hit Welcome.
He has replaced actor Akshay Kumar from the original, while Anil Kapoor, Nana Patekar and Paresh Rawal have reprised their roles in the movie.
Dhoom: 3 star Katrina Kaif, who romanced Akshay in the first film, is not a part of the sequel. Actress Shruti Haasan is the addition to the new film.
"I am a big fan of Anees' films. I feel fortunate to be launched after two years, after Madras Cafe, with this film," said the 42-year-old actor.
"Everyone in this film is lucky for me. I did Taxi No. 9211 with Nana (Patekar), Shootout at Wadala with Anil Kapoor and have a hit song Tu Mera Hero with Mika (singer)," John said.
Earlier it was reported that he was unhappy with the first trailer of Welcome Back as the focus was more on Anil Kapoor and Nana Patekar, who played lovable goons 'Uday bhai' and 'Majnu bhai' in Welcome.
John denied the rumours and said he was happy with the first look of the film.
Welcome back, which is scheduled for a worldwide release on September 4, also stars Nasseruddin Shah and Dimple Kapadia.