Sonakshi and John, both dressed in khakee coloured special Force 2 t-shirts and army-print pants, laid the wreath in remembrance of all the soldiers who have sacrificed their lives for the country 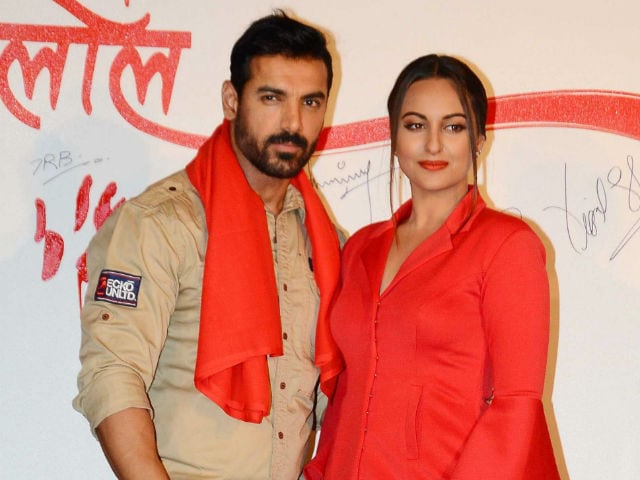 Actors Sonakshi Sinha and John Abraham today paid tribute to Indian soldiers at Amar Jawan Jyoti in India Gate as part of promotions of their upcoming film Force 2.
Sonakshi and John, both dressed in khakee coloured special Force 2 t-shirts and army-print pants, laid the wreath in remembrance of all the soldiers who have sacrificed their lives for the country.
After the tribute ceremony, which was also attended by Vinod Sawhney, who is the President of Ex Sleuths, the 29-year-old actress said, "While working on this film, we came to know about the great sacrifices our soldiers have made for the country".
"As a layman, I was not aware of it so much but now after doing this film, I know a lot. We had always wished to come here and pay our tribute to them. It is because of our soldiers that we are safe today," she said.
Force 2 is the sequel to the 2011 film Force. The action thriller has been directed by Abhinay Deo and will see John reprises his role of ACP Yashvardhan.
The 43-year-old actor said the upcoming film has been inspired by many real-life incidents. "Our film is inspired by true incidents; we have taken all those stories and made this movie. This is a very credible film, a very real film. Our soldiers lost their lives at the Uri attacks, it is an unfortunate thing," he said.
"Our jawans are the real life heroes. We have met some real-life heroes here like Mr Sawhney," John said. Force 2 will release on November 18.
(This story has not been edited by NDTV staff and is auto-generated from a syndicated feed.)