"I believe if a film doesn't do well, you have to understand it didn't connect and if it does well, it connected. But there's nothing you can do about it. I don't think after a point people are going to judge your stardom or popularity based on those numbers," said John Abraham 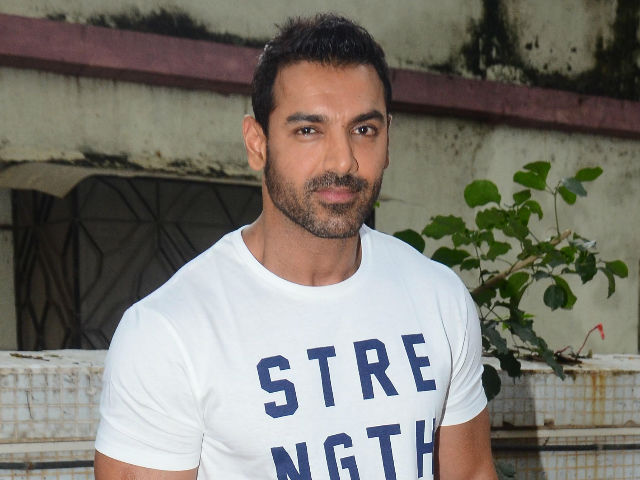 Actor John Abraham feels that while the trade is obsessed with box office, after a point the audience does not judge a star's popularity based on numbers.
The Rocky Handsome actor says he is aware a film's success or failure depends on whether viewers are connected with it, but that is not in an actor's hands.
"I believe if a film doesn't do well, you have to understand it didn't connect and if it does well, it connected. But there's nothing you can do about it. I don't think after a point people are going to judge your stardom or popularity based on those numbers," John told PTI.
"Trade will do that, they like doing that. Let them do that. As an audience, and the rest of us, we have to just enjoy the film," he said.
The actor, who made his debut in 2003 with Jism went on to star in films like Saaya and Paap, before getting a big breakthrough with Dhoom.
John has since then appeared in films like Dostana, Garam Masala, New York and Madras Cafe.
The actor says he never feels the box office pressure and wants to be moved by the script when he is signing a film.
"I don't get affected by numbers. I really don't get affected by the success or failure of a film. I only get affected when I sign the film, because that's the time you should really be affected," he said.
The 43-year-old No Smoking actor will be next seen in Dishoom, which releases on July 29.
Directed by Rohit Dhawan, the thriller chronicles the story of two policemen, Kabir (John) and Junaid (Varun Dhawan), who go on a 36-hour manhunt to find India's top batsman who is missing in the Middle East.
John says it was the buddy-cop genre which excited him to come on board and feels there should be more films coming out in similar space.
"The buddy-cop genre hasn't been explored in India in ages. I think the last time it was explored was more than 20 years ago and that also not in a full-fledged way," John said.
"There was Main Khiladi Tu Anari at that point, but this is the first time we are seeing the genre the way it needs to be seen. I hope it works, not only for Rohit but for Varun and me and for the genre," he said.
The actor has worked with Rohit in Desi Boyz, but Dishoom is the first time he will be seen sharing screen space with Varun, who John considers an easy going guy.
"Varun and I met before Rohit started Desi Boyz. In fact, we met the first time when I was working with Varun's dad in a film which unfortunately didn't release. We have known each other forever," he said.
"Varun told me that with any other actor he needs to prepare, but I never made him feel like that way. He always feels that I am more part of this generation than I am part of the senior generation. He treated me like a buddy and we extended our off screen chemistry, on screen," John said.
(Except for the headline, this story has not been edited by NDTV staff and is published from a syndicated feed.)