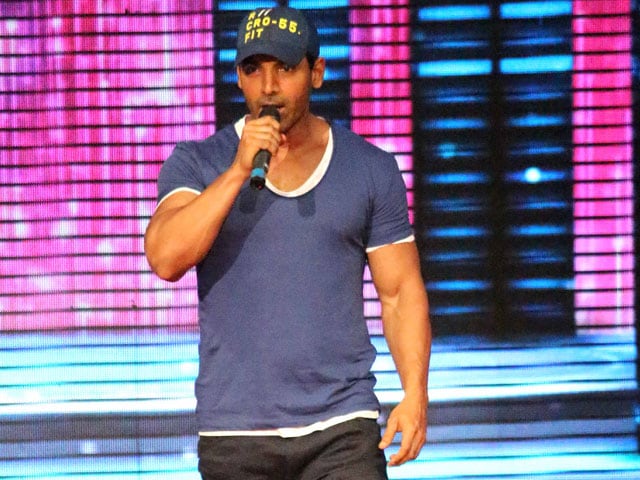 1911 will tell the story of late Indian footballer Sibdas Bhaduri, who captained Mohun Bagan in the historic 1911 IFA Shield final, when they defeated the East Yorkshire Regiment and became the maiden Asian team to emerge victorious in the competition

Come next year, brawny Bollywood actor John Abraham will be on a weight shedding spree. He said that he has to lose at least 20 kg for his film 1911.
During a media interaction for the promotion of his forthcoming entertainer Welcome Back, John was asked if he would be ready to lose his muscles for a role.
To that, he said: "Of course! In fact, by next October, I have to be 20 kg lighter for a film that I am doing. So, I will start weight shedding for it." (Also Read: Anil Kapoor Wants John Abraham's Physique (as do Most Men))
John later told IANS that the film is 1911, a project which was to go on the floors in October 2014.
Directed by Shoojit Sircar, 1911 will revolve around football, a sport that John is passionate about and supports as the co-owner of Indian Super League (ISL) Team North East United FC.
1911 will tell the story of late Indian footballer Sibdas Bhaduri, who captained Mohun Bagan in the historic 1911 IFA Shield final, when they defeated the East Yorkshire Regiment and became the maiden Asian team to emerge victorious in the competition.
The actor-producer shared that the Piku director is "not too happy" with certain things in the script, and is "tweaking" it a bit.
"It's a great script, but I can't say exactly when will it go on floors. It will be a good film," John, who has earlier produced films like Vicky Donor and Madras Cafe; told IANS.
When asked if it is a healthy practice to lose and gain weight for films, he said: "It's okay if you do it gradually, and besides we do it under the guidance of experts and nutritionists. There's always proper guidance," he said. He also added that he keeps fit with regular exercise and by avoiding alcohol, sweets and fatty foods.
He pointed out that he's an atheist, clarifying that while he is spiritually inclined he is not overtly religious. John shared that he considers his body as a temple. So, he believes in taking good care of it in a disciplined way.
But doesn't he feel like gorging on junk food sometimes?
"No, I would not eat them. I actually don't feel like eating them. In fact, if I eat anything oily, I will fall sick," he quipped.
John was in Mumbai to promote his upcoming movie Welcome Back which will also star Anil Kapoor, Nana Patekar and Shruti Haasan in key roles. The film is scheduled to release on September 4.