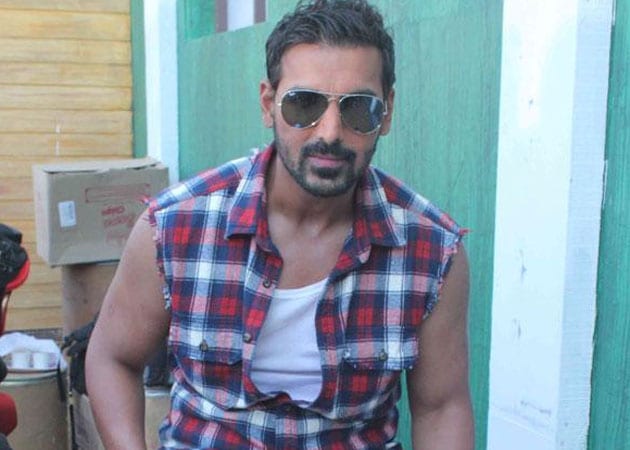 John's next release will be Shootout at Wadala where he essays the role of gangster Manya Surve.

In order to ensure that his upcoming films have a good run at the box office, actor turned producer John Abraham has decided to take a call on the release dates of his projects.

In order to ensure that his upcoming films have a good run at the box office, actor turned producer John Abraham has decided to take a call on the release dates of his projects.
The actor's home production Vicky Donor was a huge hit, which seems to have given John a fair idea about the right time for release of movies. The film was released on April 20 last year and there were no other big releases at that time.
"I am going to dictate my release dates to a large extent. I will take the studio in confidence as they need to understand my point of view. I decided the release date of Vicky Donor. I knew what I was doing... so let me do it," John told PTI.
"I will be absolutely cautious about the release dates of my films," he said.
John's next release will be Shootout at Wadala where he essays the role of gangster Manya Surve.
Shootout at Wadala, a prequel to the 2007 hit film Shootout at Lokhandwala, dramatises the first ever registered encounter by Mumbai police where Manya Surve was shot dead at an institute at Wadala in 1982.
It stars Anil Kapoor, Tusshar Kapoor, Sonu Sood, Manoj Bajpayee, Ronit Roy, Kangana Ranuat and others. The film will hit cinema houses on May 1, which happens to be the International Worker's Day.
John's other release this year will be his home production Madras Cafe, directed by Shoojit Sircar. A political thriller, the film will see John play an intelligence agent and Nargis Fakhri as a journalist. "Shootout at Wadala releases on May 1. It is the Labour Day, and on August 30 we release Madras Cafe - a solo release, no one is releasing a film that day. It is a clear two week run. It's a crucial date for us. Everyone will understand as we come closer to the release date. It is going to be an amazing release," he said.
John, however, seems unhappy with the response garnered by his latest release I Me Aur Main at the box office.
The film, a romantic-comedy starring John, Chitrangada Singh and Prachi Desai in the lead, was directed by debutante Kapil Sharma. Produced by Goldie Behl and Shrishti Behl Arya, the film was released on March 1.
"I feel very little was done too late. It had a niche audience. I had due respect for the film and I did as much as I could with all honesty. I would never desert a film. I don't know about other actors... for me my credibility is important than my career. At the end of the day I have to be known as a human being," the actor said.
"I still feel it is a beautiful, sweet film. I think Kapil Sharma is a very talented director," he added.