Jolly LLB 2: Akshay Kumar's Film To Be Screened Only After Four Cuts

Jolly LLB 2: The Bombay High Court ruled that Akshay Kumar's film can be screened only after four controversial shots in the movie are removed. The court had appointed a three-member committee to review the film 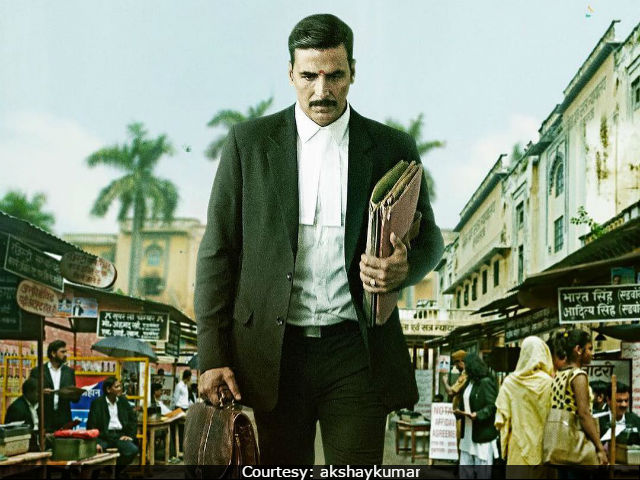 Akshay Kumar's Jolly LLB 2 is just a few days away from release and on Monday, the Bombay High Court ruled that the film can be screened only after four controversial shots in the movie are removed, reported news agency PTI. Last week, the HC had appointed a three-member committee to review the film following the allegations that it has made the legal and judicial system a laughing stock. Justices S S Shinde and K K Sonawane of a bench here passed the order after going through a report presented by a committee headed by Justice Prakash Kanade and two others after watching the Subhash Kapoor-directed film, said the PTI report.
Advocate Ajay Kumar Waghmare had filed a petition before the bench and demanded removal of the word 'LLB' from the film and cut certain shots which portrayed lawyers in bad light. According to the PTI report, following Monday's decision, a fresh certificate would be issued to the film by the CBFC. The Supreme Court had on February 3 kept the plea, filed by the film producer, pending and asked them to go to the Bombay High Court for relief.
Akshay Kumar's Jolly LLB 2 features the actor as Jagdishwar Mishra aka Jolly. Jolly is a small-time lawyer, who wants to make a name in the field of criminal law. Jolly LLB 2 is a sequel to Arshad Warsi's 2013 film Jolly LLB. Akshay earlier said that he is very grateful to Arshad to show him the way of doing a film like this.
Jolly LLB 2 stars Annu Kapoor as the antagonist lawyer opposite Akshay while Saurabh Shukla reprises the role of Justice Sundendralal Tripathi. Huma Qureshi features as Pushpa Pandey, Akshay's wife. The film releases on February 10.
(With PTI inputs)