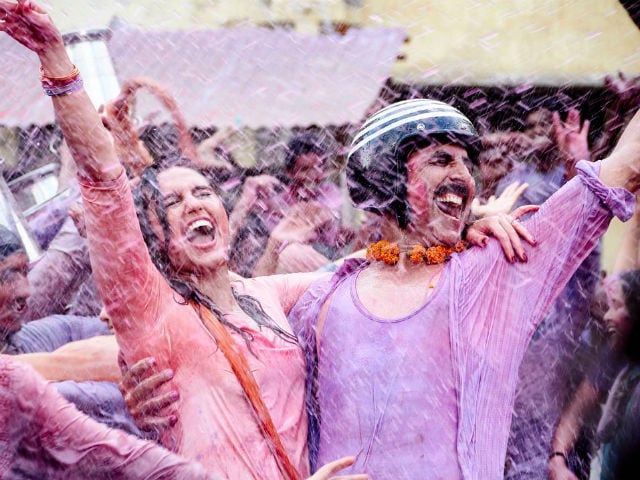 Akshay Kumar's film Jolly LLB 2 has been judged in the court of the box office and 'remains strong,' according to trade analyst Taran Adarsh. The 49-year-old stars as maverick lawyer Jagdish or Jolly Mishra, a picaresque hero whose moral compass ultimately resets itself to point north. Jolly LLB 2 has made Rs 72.68 crore so far, reported Mr Adarsh, after earning Rs 5.89 crores on its sixth day in theatres. The day-wise break-up as tweeted by Taran Adarsh is: Rs 13.20 crore on Friday, Rs 17.31 crore on Saturday, Rs 19.95 crore on Sunday, Rs 7.26 crore on Monday, Rs 9.07 crore on Tuesday and Rs 5.89 crore on Wednesday:

Jolly LLB 2 is a sequel to 2013 hit Jolly LLB, in which actor Arshad Warsi played the title character. Akshay's interpretation of Jolly has been praised with Saibal Chatterjee writing for NDTV Movies, "Although many of the scenes in this film, especially the protracted ones in the courtroom, are scripted and staged very differently from how they were in Jolly LLB, Akshay Kumar, to his credit, never loses sight of the need for restraint."
He also notes that Akshay's presence in the film rids it of the 'underdog status' that made the original a sleeper hit.
Jolly LLB 2, directed by Subhash Kapoor, released last week without four of its scenes, which were ordered deleted by the Bombay High Court. The scenes allegedly lampooned lawyers, who were reportedly shown dancing and playing cards in court in one.
Actor Saurabh Shukla reprises his part from the original cast and has received rave reviews for his performance in Jolly LLB 2. He won the National Award for Best Supporting Actor for Jolly LLB. The new additions to the cast include Huma Qureshi, who plays Jolly Mishra's wife, Annu Kapoor as his legal opponent, and Sayani Gupta as a hapless widow he dupes.
Akshay Kumar's other films this year are Toilet: Ek Prem Katha and 2.0 with Rajinikanth.