Jolly LLB 2 Celeb Review: It's an entertaining courtroom drama which keeps you hooked - this is the crux of what Bollywood has to say 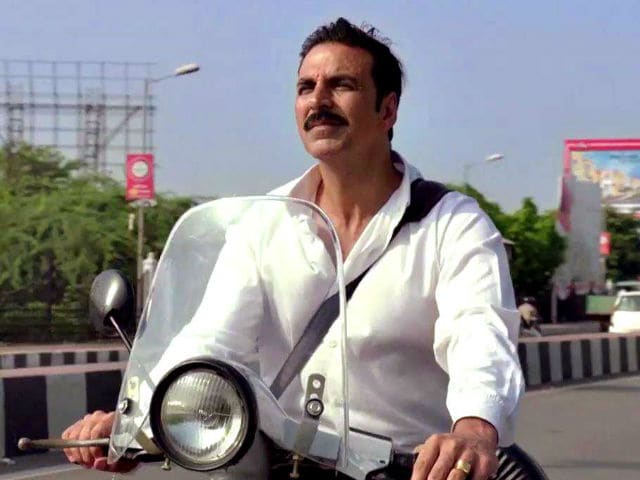 It's a Jolly day, as Akshay Kumar's Jolly LLB 2 hits the screens today. The film which is a remake of 2013 film of the same name (with Arshad Warsi in titular role) is back with the same theme - to make a poignant point with a tinge of comedy. Some Bollywood celebrities (like always) got to see the film before it hit the screens. Akshay hosted special screenings of Jolly LLB 2 for his friends and colleagues like Sidharth Malhotra, Hrithik Rosham, Arshad Warsi, director Sajid Khan and many more. After watching the film, they unanimously agree that Akshay is a Jolly Good Fellow and his film is a laugh riot.
On Twitter, celebs reviewed the film and here are some reactions:

This man is on a roll! Thoroughly enjoyed this jolly. Congrats to the team that pulled this off in 33 days! Fantastic! https://t.co/LyQyDA4M2k

@akshaykumar know for a fact #JollyLLB2 will be a huge hit because u are a true entertainer and honest. All the best!

Yes,yes,it is much better than part one(which itself was damn good).. one of the most earnest performances of @akshaykumar .way to go sundi

Meanwhile, some like Anil Kapoor, Akshay's Houseful series co-star Riteish Deshmukh and Toilet: Ek Prem Katha co-star Bhumi Pednekar are yet to see the film. They wished him luck.


Fighting for what is right in his own unique style! Court is now in session! @akshaykumar#JollyLLB2#JollyLLB2Tomorrowpic.twitter.com/aFMgj2pdGs

It's the jolliest day of the year,cause jolly is here @akshaykumar@humasqureshi#JollyLLB2.I'm going to #GoPagal.Cant wait !!!

Jolly LLB 2 keeps the theme of its predecessor intact - an amateur lawyer in search of a big case to gain popularity in the field of criminal law. His life changes after a career-altering case.Annu Kapoor plays rival lawyer and principal antagonist in the film. Huma Qureshi stars as Akshay's wife in the Jolly LLB 2.
Jolly LLB 2 is the first of Akshay Kumar's four film releases in 2017. After the Subhash Kapoor-directed film, Akshay will look forward to the release of Rajinikanth's 2.0, Shree Narayan Singh's Toilet: Ek Prem Katha and Balki's Padman, which is produced by Twinkle Khanna.