Jolly LLB 2 Trailer: Akshay Kumar features as a small-time criminal lawyer in the film. However, a new case redefines his entire life and career 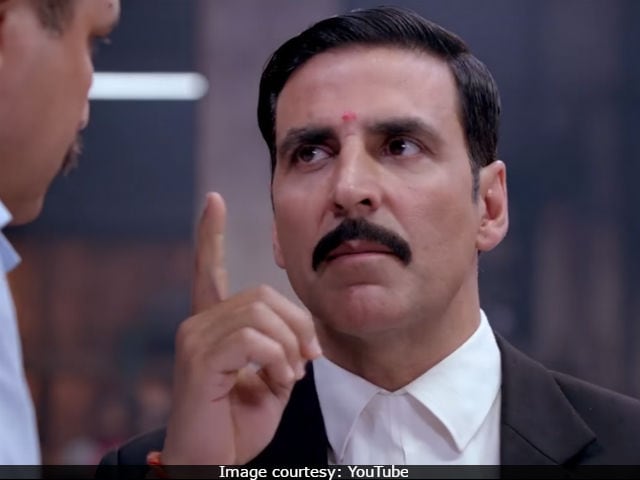 In the first trailer of Akshay Kumar's upcoming film Jolly LLB 2, we saw some courtroom drama and the 'jolly' side of the actor. However, in the trailer that was unveiled today, Akshay reveals the serious side of his as a lawyer. And he means only business. The 49-year-old star plays a small-time criminal lawyer, Jagdishwar Mishra (aka Jolly), who wants to make a name in the field of criminal law. In the two-minute clip, Jolly is all set to fight against injustice and his opponent, Sachin Kantilal Mathur (Annu Kapoor), who plays a corrupt lawyer. Jolly LLB 2 also stars Huma Qureshi, who features as Akshay's love interest Pusha Pandey. She motivates Jolly to stand against injustice and oppression.
Watch the new trailer of Akshay Kumar's Jolly LLB 2:

Jolly LLB 2's story revolves around a case in which Akshay and Annu Kapoor have a face-off in court. Akshay fights for good while Annu Kapoor, a powerful lawyer tries hard to supress the case. The new trailer begins with the statics of judges in India and the number of cases that are still pending. Akshay says that for 125 crore Indians, the judiciary system has only 21,000 judges. And 3.5 crore cases are still pending. The trailer clearly states that the 'law is not blind.'
Two songs from the film have been released so far and they clearly define Akshay and Huma's relationship. Go Pagal will take us in the Holi mood while in Bawara Mann, the actors set major relationship goals.
Jolly LLB 2 is the sequel Arshad Warsi and Amrita Rao's 2013 film Jolly LLB. Saurabh Shukla reprises his role as Justice Surendra Lal Tripath. The film is directed by Subhash Kapoor and releases on February 10. The film has been shot in Manali and Lucknow.
Apart from Jolly LLB 2, Akshay is prepping for - Neeraj Pandey's Toilet - Ek Prem Kathawith Bhumi Pednekar, Shankar's 2.0, in which he plays antagonist opposite Rajinikanth. He will also star in Pad Man.