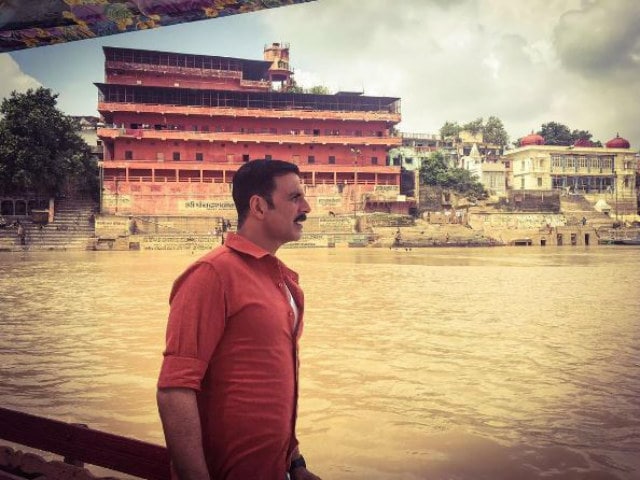 Actor Akshay Kumar, who will next be seen in courtroom drama Jolly LLB 2, has been sharing updates about the movie on social media. In his latest update, the 49-year-old actor shared about when the trailer of the film will be unveiled. He wrote: "Jolly is on the way, be prepared for his arrival," when he tweeted a fresh new still from the movie on Thursday. Jolly LLB 2 stars Akshay Kumar as an advocate, who will be up against the state in the film. Akshay Kumar's new film is a sequel to Arshad Warsi's 2013 popular drama Jolly LLB. Arshad might reportedly feature in a cameo in the sequel. Jolly LLB 2 releases on February 10.
Mark the date folks. It's just round the corner:

Earlier this month, Akshay shared the first look of the movie. Dressed in signature lawyer-like clothes, Akshay featured riding a scooter with a goofy smile on his face in the poster.


And here is the first look of #JollyLLB2 as promised. Ready to meet this Jolly good fellow on 10th Feb. 2017 ? pic.twitter.com/DQ4m2cToGA

Earlier this month, Akshay Kumar piqued our interests with a sneak peek:


Get set to meet Jolly tonight. The journey of #JollyLLB2 begins...here is the teaser poster!! pic.twitter.com/36sqR7NOgM

Akshay Kumar co-stars with actress Huma Qureshi in Jolly LLB 2, which will also be helmed by Subhash Kapoor. Jolly LLB 2 has been shot across India - extensively in Himachal Pradesh, Lucknow and Varanasi. Akshay's social media kept us updated:


It's a Jolly good morning here in Manali Just arrived and already afraid of missing it when I leave...the crew & the film. #lastschedule

About 2 give d last shot of my lucky Lucknow schedule of #JollyLLB2!What a place & experience,leaving with a heavypic.twitter.com/DCT47rI6vj

Greetings from @humasqureshi & me this morning straight from Lucknow stn.Jolly indeed is having a jolly good timepic.twitter.com/wEDrXI23mB

Taking a moment to admire the beauty around...of the holy Ganges, almost tempted to take a dip, what say?

Directed by Subhash Kapoor, Jolly LLB part one was based on the 1999 hit-and-run case of business school student Sanjeev Nanda.
Arshad Warsi, who is not part of Jolly LLB 2, told news agency IANS: "I am not doing it. Akshay is doing it. I was supposed to do it, but Fox Star Studios needed a bigger star, so they chose Akshay."
"It makes it easier for marketing. It makes it easier to have a hit. With me, you (the filmmakers) have to make a good film, so that is the problem. You can make money with me only if it's a very good film. If you have a bigger star, then even if the film is not that good, you still manage to cover the money. So the risk factor from the producer's point of view is less," Arshad added in his interview to IANS.
Akshay was last seen in Tinu Desai's Rustom. Akshay also has Toilet - Ek Prem Katha and Rajinikanth's 2.0 lined-up for 2017. In 2.0 Akshay Kumar stars as eccentric scientist Dr Richards.