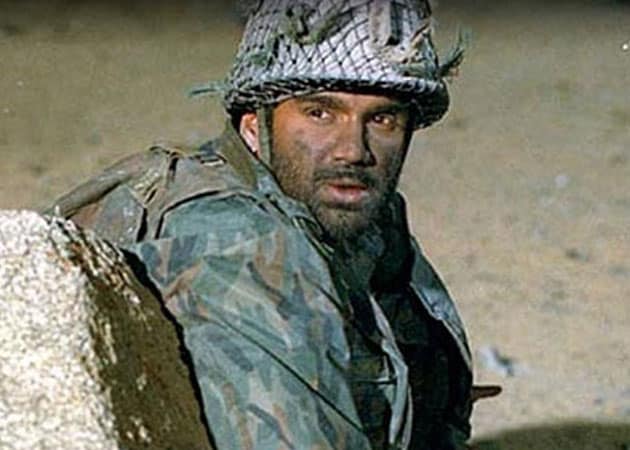 Movie Moghul JP Dutta, whose last directorial venture was 2006 release Umrao Jaan, is all set to direct three back-to-back war films, all biopics on Param Vir Chakra winning war heroes.
The first war epic Border 2 will be set in the 1962 India-China war and would tell the story of Subedar Joginder Singh Sahnan who led a platoon against the Chinese aggressors.
Next will be Border 3, to be located in the 1965 India-Pak war and would focus on the valorous efforts of Abdul Hamid who went down fighting the enemy soldiers.
Then there is Border 4, which would focus on Second-Lieutenant Arun Khetarpal, who died fighting during the 1971 Bangladesh war.
Mr Dutta, who has just returned from an extensive recce of the border areas where the three films would be shot, says he was deeply moved and impressed by the courage shown by the three soldiers.
"I wanted to make war films on the three major battles that India fought in 1962, 1965 and 1971. But I wanted to root these wars in specific heroes' lives. I chose the three Param Vir Chakra winners - each from the three wars."
The casting of the three heroes is on.
"During my recce I was amazed at how well Border is remembered to this day even though it came 16 years ago. I met soldiers and civilians who had seen it over and over again. They all wanted to know if I had more to say on the war front," said Dutta, whose 1997 war epic was a blockbuster.
For the last six years, the filmmaker has been busy researching and writing the three war sagas.
"It's not easy to get details on the lives of these soldiers. We know how bravely they fought and that they won the Param Vir Chakras. But beyond that, all the biographical details had to be obtained from scratch. Permissions from the relevant departments of the Defence Ministry also took time. But now everything is in place," said the director.
"I've been away from the camera for long. Now it's time to shoot three back-to-back films," said the director whose desert epics Ghulami, Batwara and Refugee occupy a pride of place with his war epic Border.