Tapsee Pannu, who will feature in Judwaa 2 co-starring Varun Dhawan and Jacqueline Fernandez said that her character in the film is not based on anyone and audience will get to see a new plot in the film 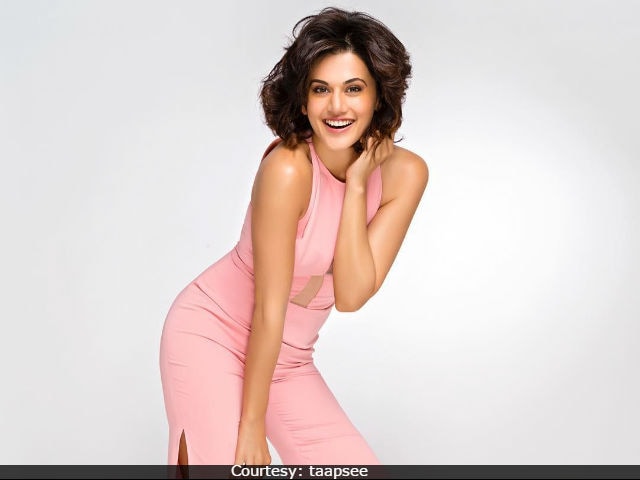 Actress Taapsee Pannu, who is all set to star in Judwaa 2, a sequel to Salman Khan's 1997 hit filmJudwaa, co-starring Varun Dhawan and Jacqueline Fernandez, said that her role in the film is very different and is not based on anyone. In an interview to Pinkvilla, the 29-year-old actress said that she wouldn't be reprising Karisma Kapoor or Rambha's role in Judwaa 2. Of her character, Taapsee told Pinkvilla, "My character is not on the lines of either Karisma or Rambha. I play a college girl who studies with Varuna Dhawan. I am an Indian girl born and brought up in London." Judwaa featured Salman Khan in double roles- Prem, a sophisticated, educated NRI and Raja, a tapori from Mumbai. Both Prem and Raja were twins separated by an untoward incident. The film was directed by Varun Dhawan, who is also helming Varun's Judwaa 2.
Taapsee is currently awaiting the release of Naam Shabana, a prequel to Akshay Kumar's 2015 film Baby. The action-thriller is directed by Shivam Nair. Taapsee has undergone special training in mixed martial arts for the role of Shabana Kaif, who is trained by a secret agency, in charge of national security. The film releases on March 31.
The Pink actress will begin shooting for Judwaa 2 next month and meanwhile revealed to Pinkvilla that she will go for a nice "detox holiday," before joining the sets.
Taapsee, who has often done serious roles, said that she wants to look hatke in the film. She told news agency PTI, "I will work on my part by making sure I look my glamorous best in the film. The change of look is the most that I am expecting out of the film. I have experimented a lot with my acting bit, so I want to get into the commercial heroine space."
Judwaa 2 hits the screens on September 29 and Salman Khan is expected to do cameo in the film.