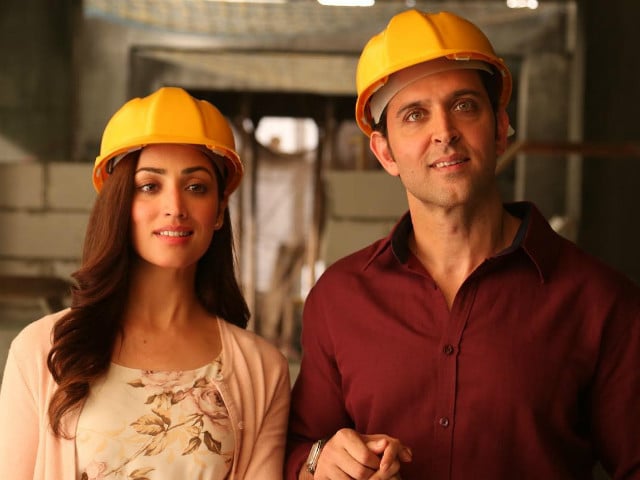 Meanwhile, Shah Rukh's Raees continues to lead the box office race with a margin of Rs 20 crores, as tweeted by Taran Adarsh. A day after the big box office collision, the 43-year-old actor told news agency IANS: "I think this clash will teach us something. I hope it serves as a good example." Ahead of the films hit screens on January 25, Hrithik addressed Shah Rukh in a tweet and said: "Today as a mentor I'm sure you will inspire me yet again with Raaes and as a student I hope you are proud of me with Kaabil.
This is how SRK responded:


@iHrithik wish could have avoided overlap of releases. That said...my love to u & @yamigautam dad & @_SanjayGupta. Kaabil wil b awesome

In his review for NDTV Movies, Saibal Chatterjee writes: "Hrithik Roshan delivers a convincing enough performance as a man who cannot see but whose faculties of smell and hearing are so phenomenally pronounced that he can don the garb of an infallible terminator without having to be a superhero blessed with special powers."
"Kaabil is paisa vasool fare, if not more," he adds.
Kaabil casts brothers Ronit and Rohit Roy as antagonists. Meanwhile, Hrithik Roshan will begin work on the fourth film in his popular superhero series Krrish, which will be directed by Rakesh Roshan.