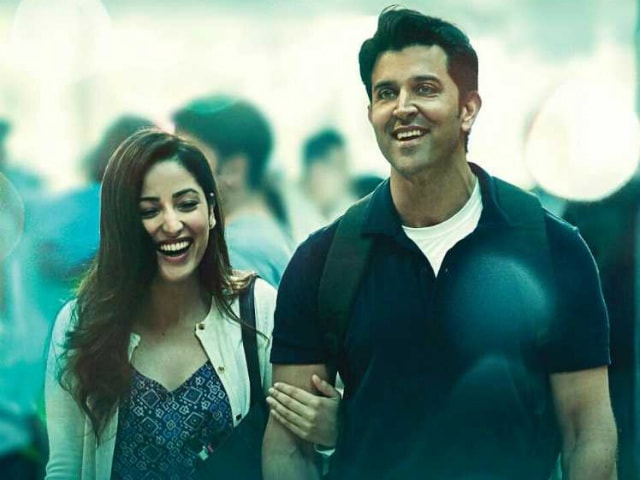 Kaabil Box Office Collection: Hrithik Roshan in a still from the film

Hrithik Roshan's new film Kaabil has made Rs 41.75 crores so far, with fourth day collections being Rs 10.75 crores, reported boxofficeindia.com. Kaabil clashed with Shah Rukh Khan's Raees when it released on Wednesday. Kaabil's highest single day figure was recorded on Thursday, which was a holiday for Republic Day. Rs 15.5 crores is the highest Kaabil has raked in, in terms of single-day collections. Kaabil also stars Yami Gautam, and brothers Ronit and Rohit Roy in key roles. Both Hrithik and Yami feature as visually impaired characters in the film. Directed by Sanjay Gupta, Kaabil is produced by Hrithik's filmmaker father Rakesh Roshan.
Kaabil's box office numbers improved by 40% on Saturday, reported boxofficeindia.com. Hrithik Roshan's Kaabil and Shah Rukh Khan's Raees are Rs 30 crores away from each other with the gangster drama leading at the box office race.
Video: Watch the trailer of Kaabil here:

Kaabil features Ronit and Rohit Roy as antagonists while Hrithik plays a video game developer Rohan Bhatnagar. Yami plays Rohan's wife Supriya, who is a successful piano artist.
In his review for NDTV Movies, Saibal Chatterjee writes: "Hrithik Roshan delivers a convincing enough performance as a man who cannot see but whose faculties of smell and hearing are so phenomenally pronounced that he can don the garb of an infallible terminator without having to be a superhero blessed with special powers. Yami Gautam provides the perfect foil to Hrithik, while Ronit Roy as the principal villain and Narendra Jha as a compromised police officer pull their weight just enough to make a difference."
Meanwhile, Hrithik Roshan will begin work on the fourth film in his popular superhero series Krrish, which will be directed by Rakesh Roshan.