Kaabil New Poster: Hrithik Roshan 'Can See But Has No Eyes'

Yami Gautam and Hrithik Roshan play a visually challenged couple in Kaabil, which is scheduled to release on January 25, 2017 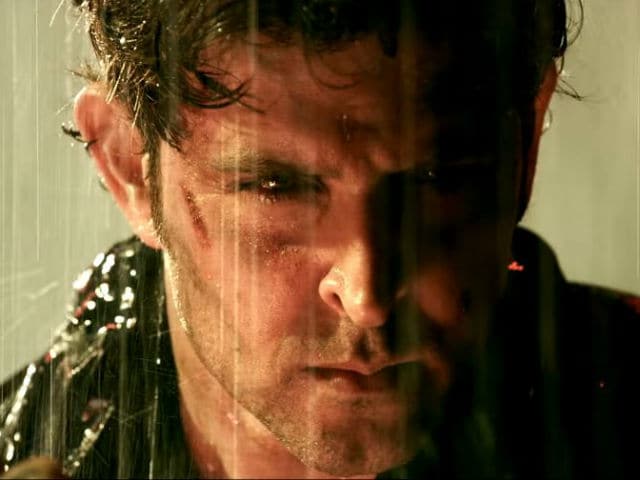 Hrithik Roshan released a new poster of his upcoming film Kaabil on Sunday, which was World Disability Day. Kaabil, which has just averted a clash with Shah Rukh Khan's film Raees next month, also stars Yami Gautam. Yami and Hrithik play the roles of a visually challenged couple in the thriller, which is scheduled to open on January 25, 2017. The poster, released on the actor's social media accounts, features a blindfolded Hrithik. 'Some have eyes but they can't see, some can see but have no eyes,' wrote Hrithik. Team Kaabil also compiled a special video message for differently-abled people and posted it on Twitter which reads, "Disability is not inability. It is being differently able! Today on #WorldDisabilityDay, let's make everyone KAABIL." The trailer of the film was released in October.

Disability is not inability. It is being differently able!
Today on #WorldDisabilityDay, let's make everyone KAABIL@iHrithik@yamigautampic.twitter.com/q1YhP1mOje

To avoid a clash at the box office with Shah Rukh Khan and Mahira Khan's Raees, Kaabil's release date was rescheduled a couple of days ago. Earlier, it was slated to release on January 26, Republic Day, but now it will hit theatres a day earlier.
Hrithik Roshan's character is named Rohan Bhatnagar, while Yami Gautam plays Sue Bhatnagar. This is the first time Yami and Hrithik will share screen space in the Sanjay Gupta-directed film.
Kaabil is produced by Rakesh Roshan under his banner FilmKraft Productions and also stars Rohit Roy, Ronit Roy and Girish Kulkarni.
In an interview with news agency IANS, Yami shared her experience of working with Hrithik and said: "He is so inspiring. There is no way that you will come out uninspired when you talk to him or work with him. Now I know what makes him a superstar. He never takes his work for granted at all. He has the zeal to keep outdoing himself, make himself better than before. He is so inspiring. He will make sure that you are absolutely in your character and that what you deliver is the perfect shot. It's not just with me. It's with anyone working with him."
Kaabil is also set to be dubbed in Telugu with the title Balam. Earlier, Hrithik had shared the Telugu poster of the film.


Get ready to experience the power of LOVE. on 25th Jan. Presenting #KaabilTamilPoster@FilmKRAFTfilmspic.twitter.com/TrzJA1oe3O