Kaabil Trailer 2.0: Hrithik Roshan Wants Revenge And He Will Have It

Kaabil trailer 2.0: The new trailer of Hrithik Roshan's Kaabil is a sequel of sorts to the first one 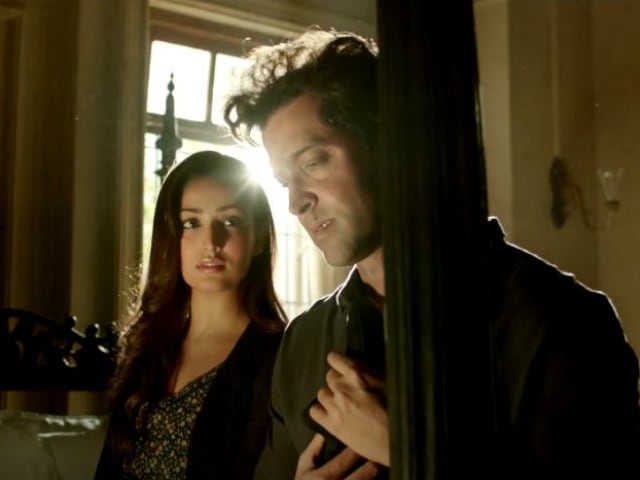 The second trailer of Hrithik Roshan's upcoming film Kaabil was shared by the 42-year-old actor on Tuesday morning and is an exciting watch. Kaabil trailer 2.0 is a detailed sequel to the first one which introduced Hrithik and Yami Gautam's characters as Rohan and Sue Bhatnagar, who are visually impaired. Brothers Ronit Roy and Rohit Roy were introduced as the menacing antagonists, who create havoc in the otherwise peaceful lives of Rohan and Sue. This time, Rohan is back looking for revenge and the calmness in his voice is nothing short of deadly. The trailer ends with Rohan politely inviting Ronit Roy's character for a face-off, saying: "Ayeega nah... darega toh nahi?"
The new trailer is laced with melancholy undertones but also features snippets of Rohan and Sue's courtship. When Sue is kidnapped, Rohan tracks her down and the two are finally together again but seem exhausted and traumatised. Their predicament leaves Sue without hope, saying: "Mujhe pata hai... hum jaise pehle the... waise kabhi nahi reh sakte...." However, Hrithik Rohan turns the tables and the subsequent series of events leave the anti-heroes surprised and shaken. Rohan may be visually impaired but "the mind sees it all," highlights the trailer.
Video: Watch the new trailer of Hrithik Roshan's Kaabil

Video: Here's the first trailer of Kaabil, which released in October

It was recently rumoured that Hrithik Roshan's Kaabil was to be sued by web-streaming service provider Netflix for alleged similarities with Netflix's original web-TV series Daredevil. However, Netflix deismissed the reports in a statement saying: "Netflix has no record of such a plan and we are checking into the source of this rumour." Both Kaabil and Daredevil feature visually-impaired protagonists.
This is the first time Yami Gautam, 27, and Hrithik Roshan, 42, will share screen space. Directed by Sanjay Gupta and produced by Hrithik's father Rakesh Roshan, Kaabilwas rescheduled to hit screens on January 25 from January 26. It will clash with Shah Rukh Khan's Raees, a drama based on a liquor baron and crime lord.