Kaabil: Hrithik Roshan and Yami Gautam's film released on January 25. Kaabil is the biggest release of Yami's career. She expressed her gratitude to Hrithik and the makers of the film for giving her the opportunity. 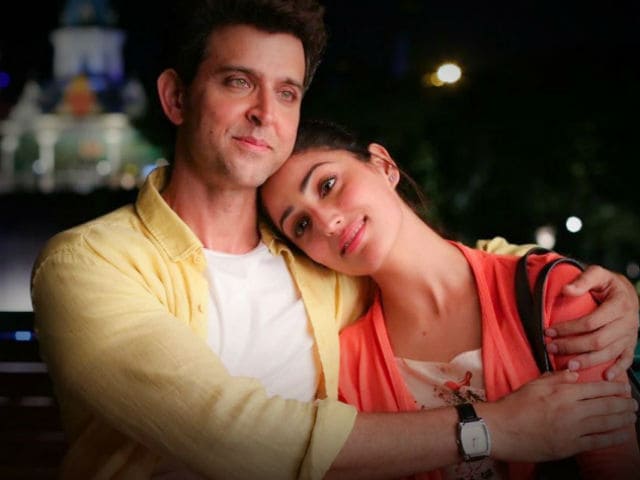 Kaabil: Hrithik and Yami feature as a visually impaired couple

Hrithik Roshan and Yami Gautam's Kaabil finally hit the theatres on January 25. The Sanjay Gupta-directed film is the biggest release of Yami's career. The 28-year-old actor, who debuted in 2012 with Vicky Donor opposite Ayushmann Khurrana, expressed her gratitude towards Hrithik and Team Kaabil for giving her the opportunity to work in the film. She posted a thanksgiving note on social media. In Kaabil, Hrithik, 43 and Yami, 28, feature as Rohan Bhatnagar and Supriya Sharma, a visually impaired couple living happily until their life is turned upside down by a dark incident. This is for the first time that Hrithik and Yami have been paired together onscreen.
This is what Yami posted:

Soon, Hrithik responded in kind and wrote: "Had to strain my teary eyes to read this. Yami ... u are too special."


Had to strain my teary eyes to read this. Yami ... u are too special. https://t.co/z3ZCxyh0JA

Hrithik and Yami's Kaabil has received positive reviews. NDTV's Saibal Chatterjee writes: "Hrithik Roshan delivers a convincing enough performance as a man who cannot see. Kaabil is paisa vasool fare, if not more.
Kaabil clashed at the box office with Shah Rukh Khan's highly-anticipated film Raees. Both the films released after multiple date and time changes on January 25. On Kaabil and Raees clash, Hrithik told NDTV that nobody can be blamed as everyone is allowed to the best for their film.
The film is produced by Hrithik's father Rakesh Roshan and also features actor brothers Ronit and Rohit Roy as prime antagonists, who create trouble in Rohan and Supriya's life.
Kaabil's success is crucial for Hrithik, as his last film Mohenjo Daro didn't perform well at the box office. It clashed with Akshay Kumar's Rustom.
After Kaabil, Hrithik can be seen in two other films this year. One of which is assumed to be Krrish 4. However, Hrithik told NDTV, "It is a long drawn process and will take its own time." Meanwhile, Yami Gautam is prepping for Junooniyat opposite her Sanam Re co-star Pulkit Samrat.