It seems that Priyanka woke up on the wrong side of the bed on Thursday. She Intagrammed a grumpy video while her Bajirao Mastani co-star was in a much better mood 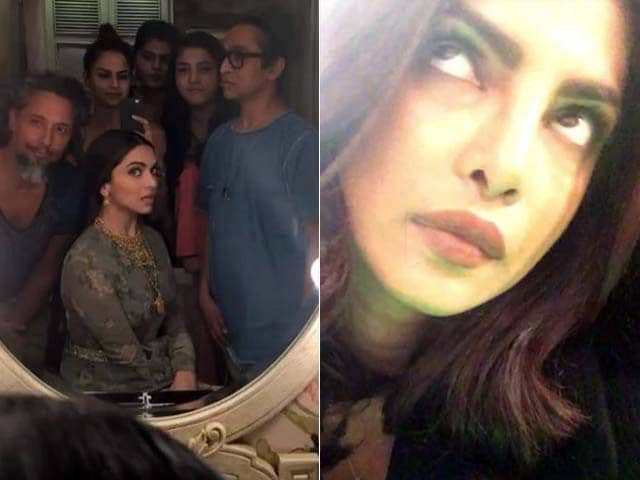 Stills from videos posted by deepikapadukone and priyankachopra

Today, mess with Priyanka Chopra at your own peril.
It seems that the 34-year-old actress woke up on the wrong side of the bed on Thursday. Have a look at what she Instagrammed:

Her Bajirao Mastani co-star Deepika Padukone was in a much better mood. The 30-year-old actress Instagrammed this happy video with her team:

You last saw the head nod on Alia Bhatt:

Priyanka's had better days recently. She had lunch with the Dream Team in New York, which cheered her up. Varun Dhawan Instagrammed this lovely picture from the get together: