Kabir Khan, who is directing the sequel to the 2012 film Ek Tha Tiger starring Salman Khan and Katrina Kaif, said Tiger Zinda Hai will be as exciting as the first one 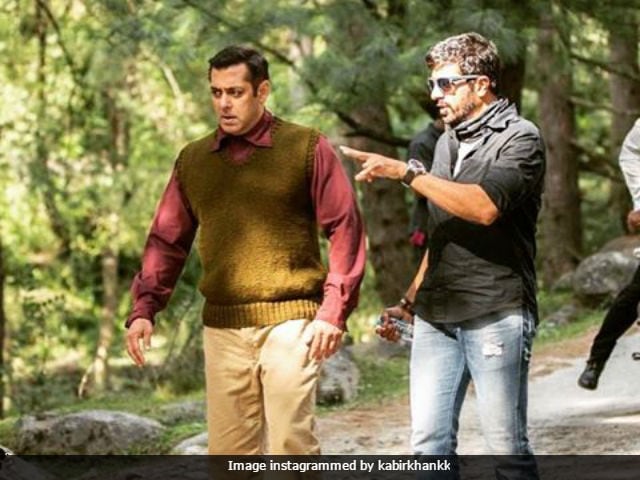 Kabir Khan, who is directing the sequel to the 2012 film Ek Tha Tiger starring Salman Khan and Katrina Kaif, told news agency PTI that his upcoming movie Tiger Zinda Hai will be as exciting as the first. The filmmaker told PTI: "I am very happy that the second journey of Tiger has started. It is good to see Salman and Katrina together. And Ali Abbas Zafar has chosen some beautiful locations to continue with what we had done. It will be as exciting if not more (than the first part)."The film, which is scheduled for release in December this year, will see Salman and Katrina Kaif reprise their roles.
Ek Tha Tiger was a story about an Indian spy (RAW) code-named Tiger who falls in love with a Pakistani spy (ISI) during an investigation and how Tiger's ideology and principles change over time. The film was Katrina Kaif's third collaboration with Kabir Khan after Kabul Express (2006) and New York(2009). The duo later worked together in the 2015 film Phantom.
Last month, the filmmaker finished shooting for his movie Tubelight starring Salman Khan. Talking about the film, Kabir Khan told PTI: "We are editing the film. We will very soon release the look and trailer of the film."
Tubelight also features Chinese actress Zhu Zhu and Shah Rukh Khan has a special appearance in the film.
Kabir Khan's Tubelight is scheduled to release during Eid. The film is his third collaboration with the Sultan actor. He has previously worked together with Salman Khan in Ek Tha Tiger and Bajrangi Bhaijaan.
(With PTI inputs)