Hrithik Roshan will reportedly work with Kabir Khan for his next film. The Sultan director is currently busy with the post-production of Salman Khan's Tubelight 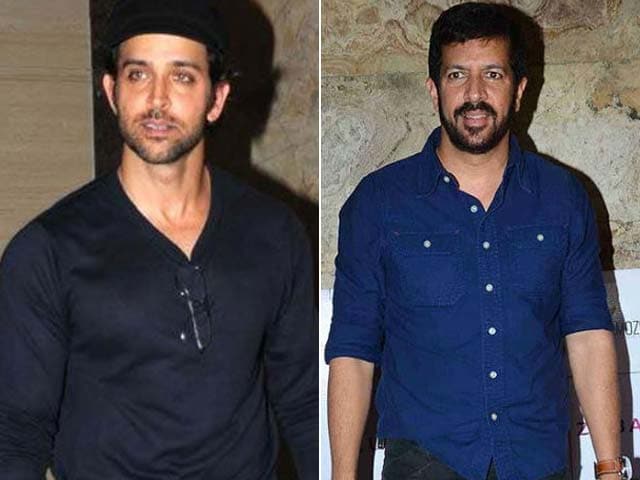 Actor Hrithik Roshan is collaborating with Kabir Khan for the director's next film, reported DNA. This untitled film will be produced by Sajid Nadiadwala. The shooting of the film will begin after Kabir Khan finishes Salman Khan's Tubelight, which is currently in the post production stage. DNA reported that the action-romance-drama film could be one of the most expensive films made in Bollywood so far. The leading actress opposite Hrithik hasn't been finalised yet. Hrithik Roshan was last seen in Kaabil co-starring Yami Gautam. The film was produced by Rakesh Roshan and clashed at the box office with Shah Rukh Khan's Raees.
"Much of the film will be shot overseas and will be bigger in scale and vision than Kabir's other films. The film rolls this September, but the leading lady is yet to be finalised," DNA quoted a source close to the project as saying.
Salman Khan's Tubelight, which is in the post production stage, will release this year during Eid.
Kabir Khan is already prepping for pre-production of Hrithik's film, which will the 43-year-old actor's next project after Kaabil. "Kabir and Hrithik have been in touch over the last couple of months and both are excited to be working together for the first time. Once he completes Kabir's film, Hrithik will be ready to shoot for his father Rakesh Roshan's film Krrish 4," DNA quoted the source.
Tubelight also stars Chinese actress Zhu Zhu and Shah Rukh Khan has a special appearance in the film. Soon after wrapping the shoot of Tubelight, Kabir Khan, who has previously worked with Salman in Ek Tha Tiger and Bajrangi Bhaijaan (2015) said that he could not wait to show his film to the world.