Kahaani 2 New Dialogue Promo: Is Vidya Balan a Victim or a Murderer?

The promo shows Vidya Sinha going into coma after an accident. Inderjeet Singh aka Arjun Rampal, who is investigating the case hit-and-run case, comes across Vidya's another identity-Durga Rani Singh, a criminal on the run wanted for kidnapping and murder 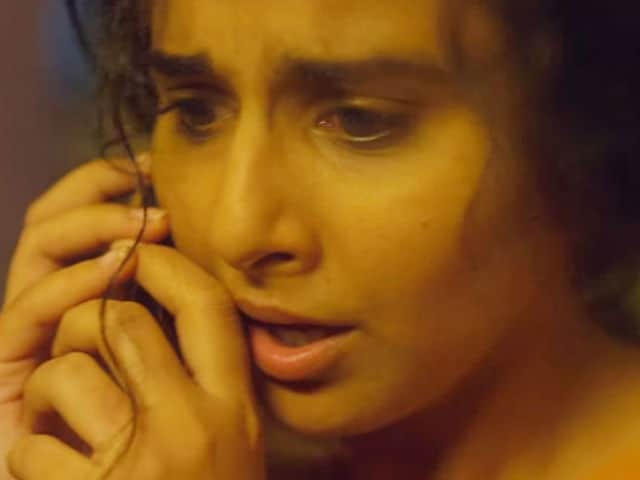 Vidya Balan in a still from Kahaani 2: Durga Rani Singh

After Kahaani's huge success, Vidya Balan and Sunjoy Ghosh are back with the sequel to 2012 film which continues to baffle us. If Kahaani 2: Durga Rani Singh's trailer left you confused, the new dialogue promo adds to it. What is the real identity of Vidya's character in the film? Is she Vidya Sinha or Durga Rani Singh asks one of the characters in the film. Is she the victim or the murderer? While she gets a sympathizer in Inderjeet Singh aka Arjun Rampal but is he in for a shock too? So many questions left answered and it seems the makers of Kahaani 2 are trying their best to keep the audience guessing.
The promo shows Vidya Sinha going into coma after an accident. Inderjeet who is investigating the case hit-and-run case comes across Vidya's another identity-Durga Rani Singh, a criminal on the run wanted for kidnapping and murder.
Watch the promo here:

The identity of the character might be a mystery but film's director Sujoy Ghosh cleared that Kahaani 2: Durga Rani Singh has an independent story and is not connected to the earlier film.
"We have Durga Rani Singh this time. When we set out to make this film, we made a very conscious decision not to have anything attached to Kahaani. We made a separate story; it has to be completely independent. We are going to be compared so rather not attach any spill over from Kahaani," Sujoy told IANS.
Meanwhile, Vidya was excited to share that Kahaani 2 has got a U/A certificate from the censor board.

Vidya, 38, is on a whirlwind tour to promote the thriller across the country.


Its your love that makes me greedy . pic.twitter.com/mUDR6vhpzS

Had a blast yesterday at the Facebook Headquarters in Hyderabad .. Thankoo for all the love & for being such an amazing host!! pic.twitter.com/rRCYOrHqti


An experience of a lifetime to be a part of #GlobalCitizenIndia! Applaud the team that put this together! @WizcraftIndiapic.twitter.com/rPlOENU9Th