"3 days to go for my debut, here's another debut on dubsmash for me with @ihrithik's debut song #TooMuchDebuting," Pooja Hegde wrote on Twitter 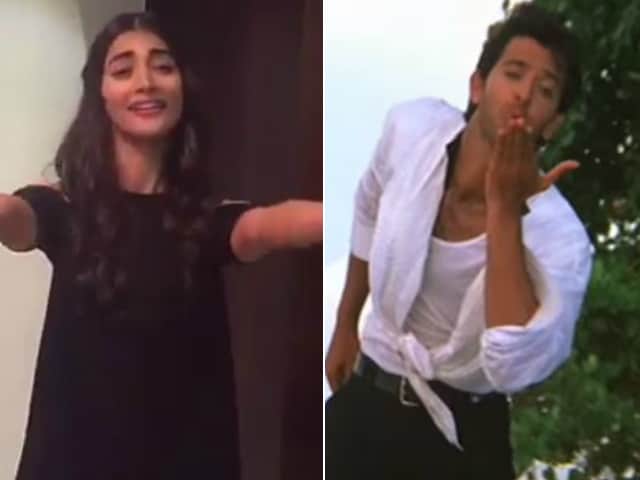 Debut pe debut... Pooja Hegde is on a roll. Three days before her first Bollywood outing, Mohenjo Daro, hits theatres, Pooja made her dubsmash debut with the title song of Kaho Naa... Pyaar Hai, which was her co-star Hrithik Roshan's debut in 2000.
Pooja also showed off Hrithik's signature steps from the song and in the video tweeted by her on Monday, she is dubsmashing dancing. If we go by her expressions, it reads super awesome on the cuteness meter.


3 days to go for my debut, here's another debut on dubsmash for me with @ihrithik's debut song #TooMuchDebutingpic.twitter.com/fP1VvZdGLF


This is what it looks like when Super Hot does super sweet!! Hahaha isn't giving love the best thing! #sheIsAllHearthttps://t.co/jdFjdL4oKV

Hrithik Roshan, 42, stars as Sarman while Pooja Hegde, 25, features as his love interest Chaani in the Ashutosh Gowariker-directed Mohenjo Daro. The film also stars actors Kabir Bedi and Arunoday Singh in key roles.
Mohenjo Darohas already collected 60 crores from selling music and satellite rights. It releases on August 12, when it will clash with Akshay Kumar's Rustom.