"I am trying to strike a balance among all three (Tamil, Telugu and Hindi) cinemas. It is bound to go slow as I cannot be in all the three industries at the same time," said Kajal 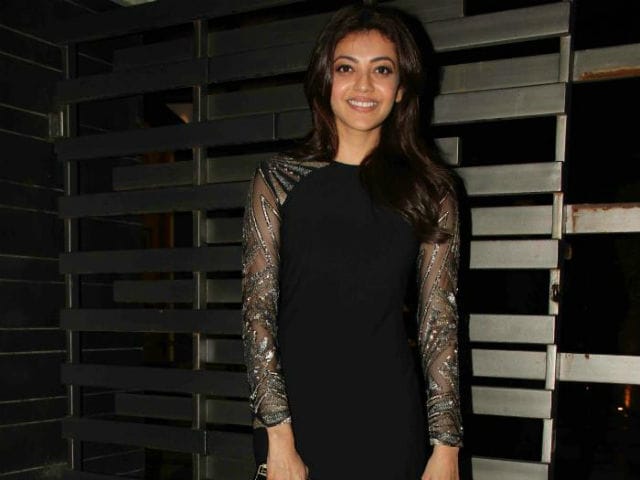 Actress Kajal Aggarwal said that she is prepared for her Bollywood career to move at a slow pace as she has films to do in other languages as well.
Kajal made her debut in Bollywood with Kyun! Ho Gaya Na... and also made her mark in Bollywood with Ajay Devgn's Singham in 2011 and later starred opposite Akshay Kumar in Special 26 (2013).
Now three years later, she is gearing up for her third Hindi release, Do Lafzon Ki Kahani, opposite Randeep Hooda.
When asked about the long gap and going slow in Bollywood, Kajal told PTI, "I am trying to strike a balance among all three (Tamil, Telugu and Hindi) cinemas. It is bound to go slow as I cannot be in all the three industries at the same time."
"I have been fortunate enough to choose the best of whatever I get in any industry. I have been maintaining balance between Tamil, Telugu and Hindi films so there is bound to be a gap. I can't be omnipresent," she said.
The 30 year old actress is happy with the way her career in Bollywood is shaping up.
"I had two films, which did very well. I am looking forward for my third release. There are some exciting things in the pipeline which I will take up soon. I can't talk about it, I am waiting for producers to announce it," she added.
The Deepak Tijori-directed film is based on the 2011 Korean movie Always.
The film is set to release on June 10.
Kajal believes the gap between Bollywood and regional cinemas is decreasing with many leading Hindi stars doing South and Marathi films.
"I don't think today there is anything like regional cinema or Marathi or Telugu or Tamil or Hindi cinema. We have influx of actors everywhere we share creativity like remake films, we have amazing technicians," she said.
"I believe we are one big Indian film industry. I don't think of it as South versus Hindi film. It is great if top actors are doing films in other languages it means you are expanding your horizon," she said.
And as far as the actress is concerned, she prioritises a film's story over the language it has been made in.
"As long as the story is good I don't think the language should matter. I don't believe language is a barrier in acting or in cinema," she concluded.