Do Lafzon Ki Kahani, directed by Deepak Tijori, casts Randeep Hooda and Kajal Aggarwal in the lead roles and their intimate scene is making headlines as there were reports that she was not aware of it in advance 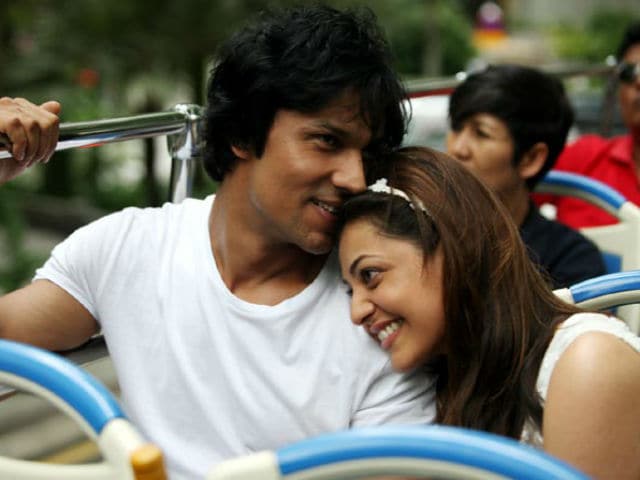 Kajal Aggarwal and Randeep Hooda in a still from Do Lafzon Ki Kahani.

Actress Kajal Aggarwal said that she was petrified of a kissing scene in her upcoming film Do Lafzon Ki Kahani and feels that it should not be blown out of proportion.
Do Lafzon Ki Kahani, directed by Deepak Tijori, casts Randeep Hooda and Kajal Aggarwal in the lead roles and their intimate scene is making headlines as there were reports that she was not aware of it in advance.
"I was petrified but Randeep made it very easy and comfortable for me. He ensured that I was comfortable. We spoke a lot and I let my inhibitions down. I had my reservations about it as I have not done it in the South. Then I understood the importance of it and that it was a part of the script. I don't know how this thing came up. Who does things like this? We are professionals and everything we do onscreen is decided earlier," Kajal told PTI.
Kajal said that Do Lafzon Ki Kahani is a very sensitive and beautiful love story.
"This is a love story. It is very intense and passionate. By saying passionate, I don't mean that the film shows sex scenes or intimacy or anything like that. There is intimacy in the film but it is negligible," added Kajal.
In Do Lafzon Ki Kahani, Kajal plays a blind girl while Randeep is an MMA fighter.
"We both worked hard for this film. Both our characters are diametrically opposite each other. I am a very active, positive, radiant, happy-go-lucky, innocent girl while Randeep is an MMA fighter. He is intense, deep and has a dark past. So, they are very opposite people and how they fall in love with each other forms the crux of the story," added Kajal.
In Singham, the 30-year-old actress starred opposite Ajay Devgn and in Special 26, she featured along with Akshay Kumar.
"Randeep is a power house of talent. He is a brilliant actor without the frills and fancies of a superstar. It was great working with him," said Kajal.
The movie is based on the 2011 Korean movie Always. Do Lafzon Ki Kahani is scheduled to release on June 10.