Kajol and Ajay Devgn reportedly cancelled a meet-and-greet session with fans in the US, where they were promoting Ajay's upcoming film Shivaay 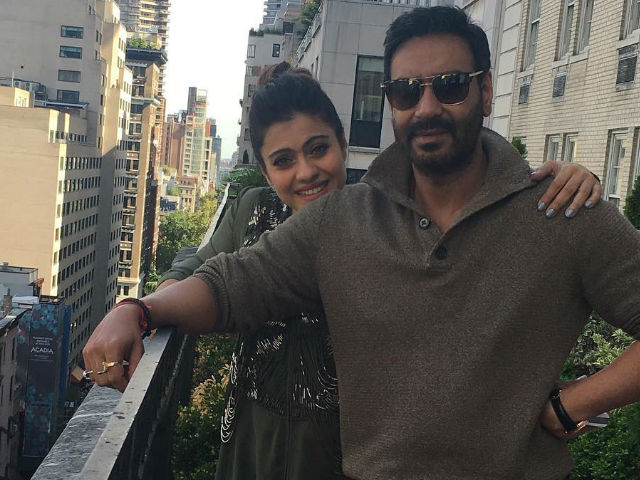 Actor couple Kajol and Ajay Devgn were on a leisure cum work trip to the US for the promotion of upcoming film Shivaay. All seemed to have been going well until, at one of the events fans were reportedly upset with the actors for cancelling a scheduled interaction, according to a report in DNA.
Fans, who bought tickets to the meet-and-greet session with them, were furious because Kajol reportedly 'never turned up' and Ajay apparently left in 'a minute.' A source told DNA: "It was a colossal nightmare. It was called a meet-and-greet but Kajol didn't even bother turning up. Ajay came down, met the guests for a minute, showed no remorse, just informed everyone that Kajol is not well and cancelled the whole thing. The organisers had no other option but to return their money. But some of the guests even hit them although it wasn't their fault at all."
Kajol and Ajay Devgn travelled to New York, California, Dallas and Chicago for various interactive events and also instagrammed pictures:


#NewYork #Chicago #Dallas #SanFrancisco. Long pending trip, hoping to be back soon the next time. @kajol

"People are now asking for refunds in California, New York and Chicago as well. People are extremely upset because Kajol got time to go for Google and Facebook meets but for us, she fell sick. That's ridiculous," the source added.
Kajol, who officially joined Facebook after a visit to the headquarters in San Francisco, shared this picture:


In the famous Instagram car.. no signals no speed breakers.. my dream world.