Kalki Koechlin: Anurag and I share a very comfortable relationship 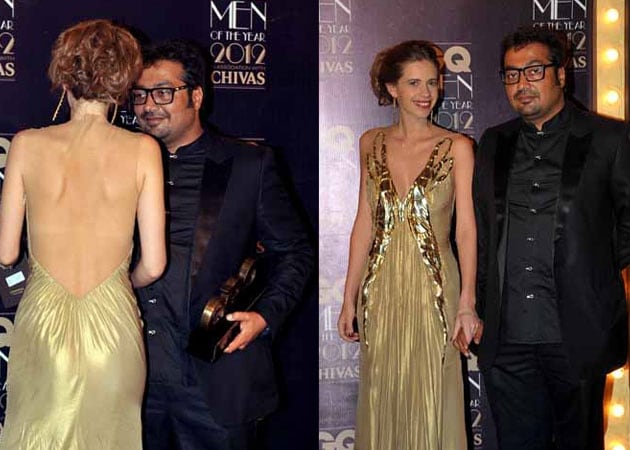 Kalki and Anurag have parted ways.

Kalki Koechlin and filmmaker Anurag Kashyap may have parted ways after being married for more than two years, but the actress insists that the two still share a comfortable relationship.

Kalki Koechlin and filmmaker Anurag Kashyap may have parted ways after being married for more than two years, but the actress insists that the two still share a comfortable relationship.
The couple issued a joint statement last year announcing that they were taking time apart from each other. But recently on TV show Koffee With Karan, Anurag Kashyap was all praise for Kalki, 30, and even went on to say that she was the best thing that happened in his life.
The actress said she was touched after watching the episode.
"He (Anurag) was saying what he really felt. I found it very touching. Of course, I was moved by what he said. We have a relationship where we can talk to each other," Kalki told PTI.
"Everybody thinks now we are kind of enemies or something but I called him up after that episode. It's a very comfortable relationship that we share," she added.
After her last release Yeh Jawaani Hai Deewani, the versatile actress will be next seen in diverse roles in her upcoming projects which includes Howard Rosemeyer's girl bonding film Jia aur Jiaand Happy Ending starring Saif Ali Khan.
While Raj Nidimoru and Krishna D K's Happy Ending is a kind of quirky spoof on typical rom-coms, Jia aur Jia, is about girl bonding and also stars Richa Chadda. "Jia and Jia is a girl bonding film. We have so many of those bromances like Dil Chahta Hai and Zindagi Na Milegi Dobara but did not really have a chic flick. It was refreshing to see a movie like that about two girls. We both play very opposite characters. Richa plays the role of a very corporate, serious and uptight sort of girl while I am free-spirited and vagabond types. So, when you put two people like that, there is a lot of comedy and drama."
Having worked in off-beat films like Shaitan, That Girl In Yellow Boots, Kalki feels a commercial entertainer like Yeh Jawaani Hai Deewani, which attracts audience on a large scale, helps in taking the artiste to the masses. "As a larger population of people watch a film like Yeh Jawaani Hai Deewani than a film like That Girl In Yellow Boots, it enables you to reach that audience.
"When that happens, it brings you in a position to do different kinds of films which that audience might watch if they know who you are," she added.
As an actress, Kalki wants to sign for challenging roles and not bind herself in a particular image.
"As an actor I don't want to repeat myself. I want to do something which challenges me and makes me learn something new. But it's also the way people see you. Gradually, I am trying to show the people that I can do different types of things," she said.
"People have an idea that she will do crazy roles but those kinds of scripts come my way. But yes, if I wanted to have a normal job in an office, I would have gone for something like that. The fact that I am an actor I would not do the same thing over and over again. I would rather do a different thing," she added.