Kalki Koechlin: Doing commercial films out of my comfort zone 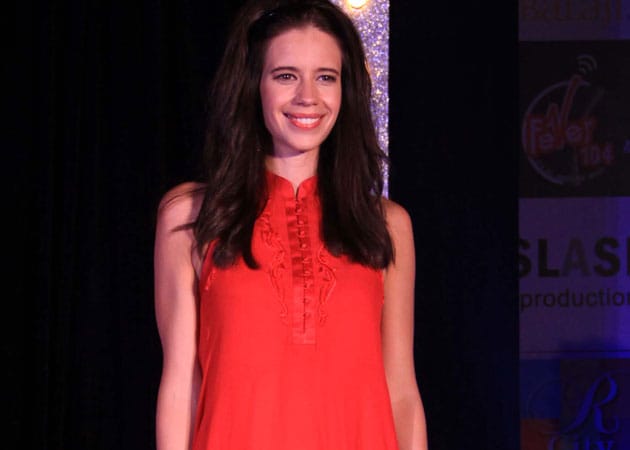 She may have found success in both offbeat and mainstream films but actress Kalki Koechlin says doing commercial cinema does not fall in her comfort zone.

She may have found success in both offbeat and mainstream films but actress Kalki Koechlin says doing commercial cinema does not fall in her comfort zone.
Kalki entered films with husband Anurag Kashyap's critically acclaimed film Dev D, where she played a young girl who ends up becoming a prostitute.
She has worked in offbeat films like Shaitan, That Girl In Yellow Boots and others and has also been a part of Zindagi Na Milegi Dobara with Zoya Akhtar.
She will be seen in upcoming commercial film Yeh Jawani Hai Deewani starring Ranbir Kapoor-Deepika Padukone.
As Kalki has not been a part of many commercial films, she finds it difficult to act in such movies.
"It is definitely not easy and relaxing for me. It is infact more difficult. It is out of my comfort zone. To make my character in Zindagi Na Milegi Dobara, who was annoying and crazy, was difficult. She is like a nightmare but you have to make that character look human, make people laugh, find a way to make her more lovable. That is more challenging," Kalki told PTI.
In Zindagi Na Milegi Dobara, she played a nagging girlfriend to Abhay Deol and in Karan Johar's upcoming home production film Yeh Jawani Hai Deewani, she is an outgoing tomboy kind of a girl.
"In Yeh Jawani Hai Deewani I am playing a funny and bindaas tomboy girl, she is friends with Ranbir Kapoor and Aditya Roy Kapur. Though it was fun to do it in a way, it was difficult as well. I am not someone who can talk loudly, yell and abuse. To get into that is challenging," she said.
Kalki has successfully managed to strike a balance between niche and commercial films and will continue to act in both the kind of movies.
"The good point of doing both kinds of films is that I am happy as an actor, I am never bored. I feel I am constantly learning something new," she said.
"The bad part is I don't have a specific image, everybody is confused what I do. One day I play happy character, other time I play crazy, psycho thing. It is difficult for the audience what to expect from my film. In that sense...it has its flaws. I love to surprise my audience, let that be my USP," she added.
Kalki will be seen next in Vishal Bharadwaj and Ekta Kapoor's home production Ek Thi Daayan. The supernatural horror film, also starring Emraan Hashmi, Huma Qureshi and Konkana Sen Sharma, will release this Friday.