Kalki Koechlin moves from shades of grey to outright horror 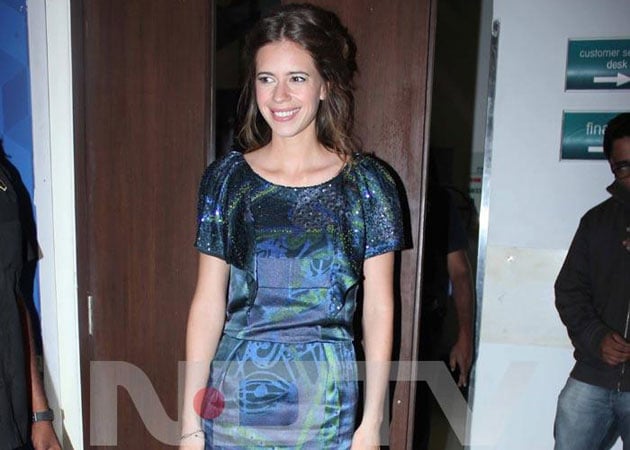 Kalki Koechlin is familiar with roles with shades of grey - be it Shaitan or That Girl In Yellow Boots - but it is for the first time that she will be seen in an out-and-out horror flick.

Kalki Koechlin is familiar with roles with shades of grey - be it Shaitan or That Girl In Yellow Boots - but it is for the first time that she will be seen in an out-and-out horror flick.
Ek Thi Daayan, which the actress describes as "a scary film", also stars Konkona Sen and Huma Qureshi, and Kalki believes the audience will have a tough time figuring out which of the three is the daayan (witch).
"Ek Thi Daayan is ... about a witch and a magician. The mystery is that there are three possible daayans and you guys will probably have lots of competition trying to guess which of us is the daayan."
Kalki, who debuted in Anurag Kashyap's Dev D, calls Ek Thi Daayan a "special and completely original film".
"I have not done a horror film before. The promotions start in two days, so prepare to be scared," says Kalki, who won critical acclaim for performances in Bejoy Nambiar's Shaitan and husband Kashyap's That Girl in Yellow Boots, which she co-wrote.
Produced by Ekta Kapoor and Vishal Bhardwaj, Ek Thi Daayan, which stars Emraan Hashmi in the male lead, is expected to come out in April.
Kalki also spoke of the fun she is having on the sets of Karan Johar's Yeh Jawaani Hai Deewani and has a special word of praise for Ranbir Kapoor.
"We are still shooting Jawaani Deewani. We will soon be going to Kashmir. Ranbir is good when he is on his best behaviour. I don't know what he puts in his breakfast, but he has too much energy. We have a lot of fun on the set," she said.
Yeh Jawaani Hai Deewani also stars Deepika Padukone.
Kalki is clearly on a roll, and could be looking forward to more accolades after bagging two best supporting actress awards in her nascent Bollywood career.