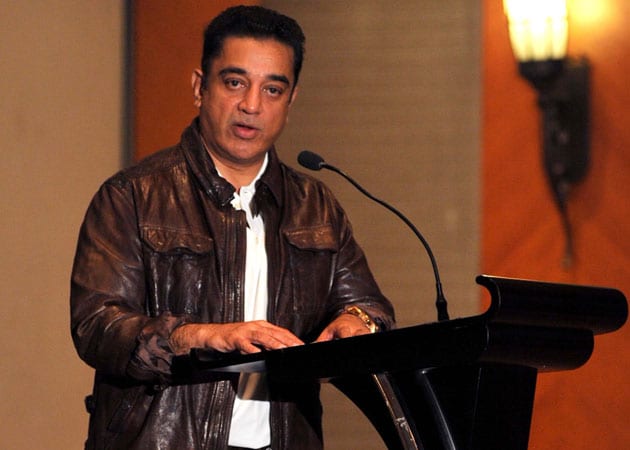 South superstar Kamal Hassan will be honoured with the lifetime achievement award at the 15th Mumbai Film Festival to be held here next month.

South superstar Kamal Haasan will be honoured with the lifetime achievement award at the 15th Mumbai Film Festival to be held here next month.

South superstar Kamal Haasan will be honoured with the lifetime achievement award at the 15th Mumbai Film Festival to be held here next month.
The Mumbai Academy of Moving Images (MAMI) festival will present this award to the filmmaker-actor for his immense contribution to cinematic excellence.
"This year we have decided to present lifetime achievement award to Kamal Haasan and famed French filmmaker Costa Gavras for their extraordinary work in the field of cinema," filmmaker and Chairman of MAMI, Shyam Benegal said here.
Also, homage will be paid to late filmmaker Yash Chopra, Rituparno Ghosh and veteran actor Pran during the festival, which will commence from October 17.
The week-long fest will showcase 200 films from over 65 countries. The other highlight of the festival will be celebration of Spanish cinema, spotlight on Cambodian cinema, 6th rendezvous with French Cinema, Kabul Fresh - new voices in Afghan cinema, besides experimental and classic films from around the world.
"The festival has grown tremendously. The festival has been proving its mettle and has grown from strength to strength. But each year is a challenge to bring quality of films. Having said that its going to be a treat for film lovers," Mr Benegal said.
The festival, which is a Reliance Entertainment initiative will be held at Liberty Cinemas in Marine Lines, Metro Big Cinema Marine Lines as the main festival venues. The prize money this year is USD 220,000.
Of the 200 films to be shown during the festival across all categories, some of them are The Rocket, The Face of Love, Barefoot to Goa, Mohan Kaka, Red Monsoon and Good Morning Karachi.
This year's international jury will be presided by director Bruce Beresford, assisted by French actress Nathalie Baye, Japanese filmmaker Masato Harada, actress Konkana Sen Sharma and director Deepa Mehta.
The jury president for India Gold is director Asghar Farhadi. The celebrity age competition jury will be headed by director Hansal Mehta.