Kangana Ranaut: Enjoyed the anonymity that came with studying abroad 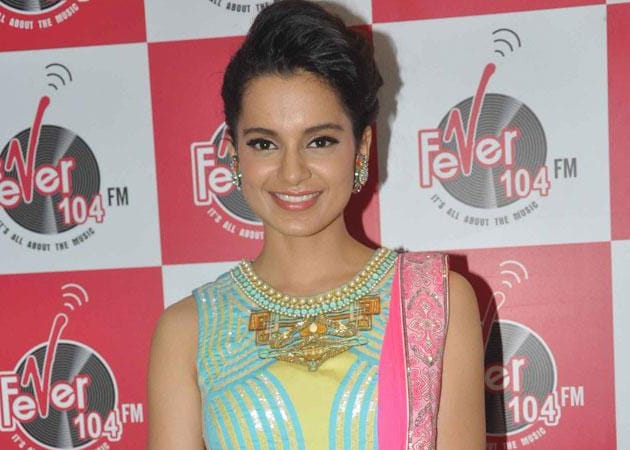 Kangana made her film debut in 2006

Actress Kangana Ranaut is miffed with the fact that an actor has to be constantly in the glare of public eye.

Actress Kangana Ranaut is miffed with the fact that an actor has to be constantly in the glare of public eye.
"The worst thing about being an actor is that you are constantly in the limelight. There are times when I feel like being left alone. I was 17 when I started working and I don't remember living on my own. I don't know if I deserve this stardom," the actress said.
Kangana, 26, made her acting debut in 2006 with Gangster and later appeared in hit films like Fashion, Raaz - The Mystery Continues, Once Upon Ay Time In Mumbai, Tanu Weds Manu, Shootout at Wadala, Krrish 3 and others.
She had also gone to New York to study filmmaking and had a great learning experience there.
"It was a unique experience to go back to school. I enjoyed sitting in the classroom, attending lectures, doing homework. I never had any formal education in acting. I understood the techniques of filmmaking but I wanted to understand them more," she said.
Kangana enjoyed the anonymity while studying abroad. "It was a refreshing change to be anonymous and be myself. While I was studying in New York, I was cooking for myself, doing my laundry, travelling by subways. I found it relaxing and really enjoyed staying alone," she said.
However, the actress left the course mid-way as she had to promote her film Queen which releases tomorrow. But she is going back in June to complete the course. When asked if the course encouraged her to write a screenplay for a movie, she said, "I don't know if I want to write a script. I would love to write and direct but I don't know when that will happen."
There are aspects of college life shown in Queen. Kangana says she was quite studious during her academic days. "I was a medical student, so I spent most of my school days studying to become a doctor. I was very studious. I was always paranoid about my results. I would stay up all night to study. Most of the time I would either be at home or in the library with my head in the books all the time. I would always compete to top the class," she said.
Queen, directed by Vikas Bahl, stars Rajkummar Rao, Lisa Haydon and others.