Kangana Ranaut: Going to Make Sure Men, Women Get Paid Equally in Bollywood 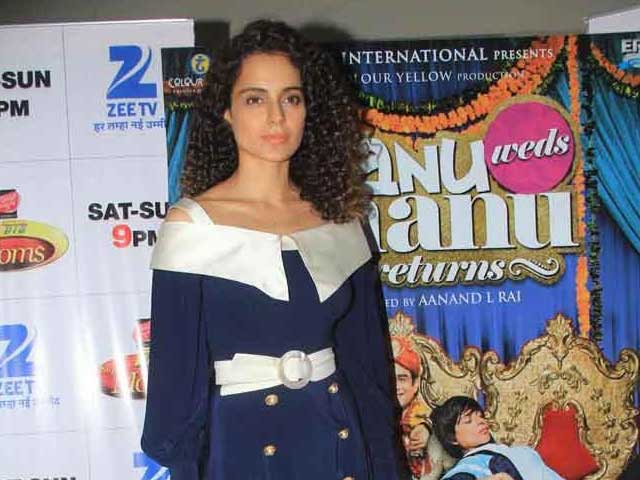 "This (Tanu Weds Manu Returns) is a love story on contemporary marriage. I don't think such stories are made," said Kangana

National Award winning actress Kangana Ranaut said she will "make sure" someday the divide between men and women in Bollywood in terms of paychecks is bridged. (Also read - Kangana Ranaut: The Vamp Has Become Bollywood's Heroine)
"Few people are trying, like me. It is still a very, very male-dominated industry and yes hopefully, at some point, it will be equal and I am going to make sure that happens," she told the media here in response to a poser on her stance on the issue.
The actress was in Kolkata to promote Tanu Weds Manu Returns, which releases on May 22. The film is the sequel to 2011 romantic comedy Tanu Weds Manu.
"This is a love story on contemporary marriage. I don't think such stories are made. The humour in the movie is subtle and relatable," she said.
Kangana made her Bollywood debut with the 2006 hit Gangster and since then, she has carved a special place by delivering exceptional performances in films like Fashion and Queen.
In Tanu Weds Manu Returns, she will be seen in a double role of Tanu and Kusum. Kusum is a tomboy of sorts and for the character, the actress had to go rustic and speak Haryanvi.
Kangana said shooting for the sequel was "stressful" due to the challenge of the double role.
Directed by Aanand L Rai, the film also stars R Madhavan, Deepak Dobriyal, Jimmy Sheirgill, Mohammed Zeeshan Ayyub and Dhanush.