Kangana Ranaut: I play a neurotic in Revolver Rani 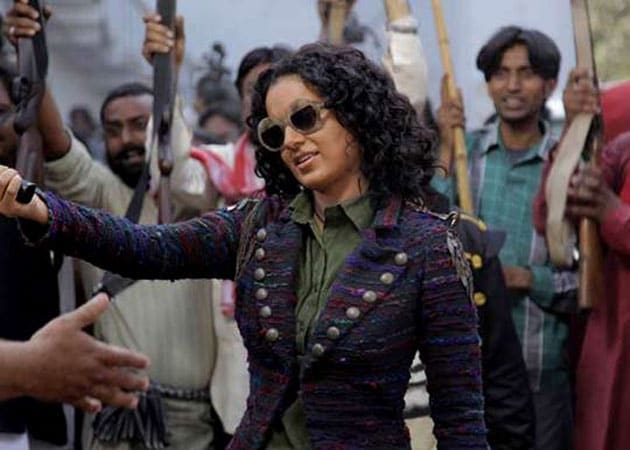 Kangana in a still from Revolver Rani

Actress Kangana Ranaut says her next movie Revolver Rani has the flavour of a pulp fiction novel by Hindi writer Ved Prakash Sharma.

Actress Kangana Ranaut says her next movie Revolver Rani has the flavour of a pulp fiction novel by Hindi writer Ved Prakash Sharma.
Talking about the movie, Kangana said: "This is actually a character of a neurotic and the woman who we are going to see and the film that we are going to see is very exciting just like Ved Prakash Sharma's novels that you find on railway stations. That's the kind of treatment the film is carrying."
"It's very exciting. Its total pulp. The woman is negative, brutal and very exciting," added the star of the latest hit Queen.
Revolver Rani is releasing on April 25 and its promotions have not started yet. Kangana says it is a conscious decision to go low on promotions.
"We have consciously decided that a film like Revolver Rani, which is being made on small scale, doesn't need a promotion of eight weeks. I think it's been a conscious decision to promote the film in two to three weeks only," said Kangana.
The comedy drama, directed and written by Sai Kabir, also stars Vir Das and Piyush Mishra.