"I always say that Kangana is one of the big success stories of Bollywood, from zero to hero. I am very happy for her win," said Hansal Mehta. Kangana recently won the Best Actress National Award for her role in Tanu Weds Mannu Returns. This was her third National Award after Queen and Fashion 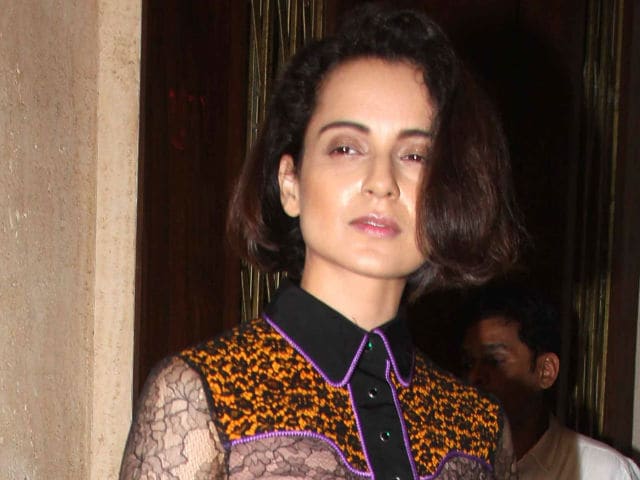 Aligarh director Hansal Mehta, who has teamed up with National Award-winning actress Kangana Ranaut for his next film Simran, feels the actress is one of the big success stories of Bollywood.
Kangana, 29, recently won the Best Actress award for her dual role in Tanu Weds Manu Returns. This was Kangana's third National Award after last year's Best Actress prize for Queen and 2009's Best Supporting Actress trophy for Fashion. (Also Read: Kangana Ranaut's National Award is Her 'Best Birthday Gift')
"I have asked her for a party. I always say that Kangana is one of the big success stories of Bollywood, from zero to hero. I am very happy for her win," Mr Mehta told PTI. (Also Read: Kangana 'Outstanding' but Bhansali Wishes Deepika Had Won National Award)
His last film Aligarh has won widespread praise for handling the issue of homosexuality in a sensitive manner by re-telling the story of Aligarh Muslim University Professor S R Siras.
When asked whether he expects a National Award next year for Aligarh, Mr Mehta said, "That's too early to say but we will apply for the awards."
Aligarh starred Manoj Bajpayee and Rajkummar Rao in lead roles. Mr Mehta had won the National Award for Best Director for Shahid (2013).