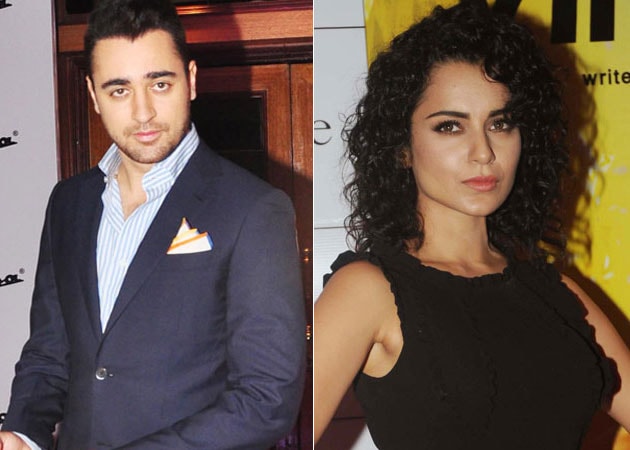 Kangana will be seen opposite Imran Khan in Katti Batti

This is the first time Kangana has been paired with Imran and she is looking forward to it.

Kangana Ranaut, who will be seen with Imran Khan in Nikhil Advani's love story Katti Batti, says it is different from the usual romance dramas seen in Bollywood.
"We will start shooting for Katti Batti in September. It is a very good love story. It is different from the usual love stories that we get to see in Bollywood films," Kangana said at the launch of the cover of Grazia magazine featuring her.
"The element of love has been depicted in a different way in that film. The film's idea and philosophy is very good," added the 27-year-old.
This is the first time Kangana has been paired with Imran and she is looking forward to it.
Meanwhile, she has also been approached for an Italian film. However, she is finding it tough to accomodate it in her busy schedule.
"I have got the offer for an Italian film but I have not decided on whether I will be able to fit that in my schedule or not," Kangana said.
Currently, she has three films in her kitty, including Divine Lovers and Tanu Weds Manu 2.
Katti Batti will be produced by UTV Motion Pictures.