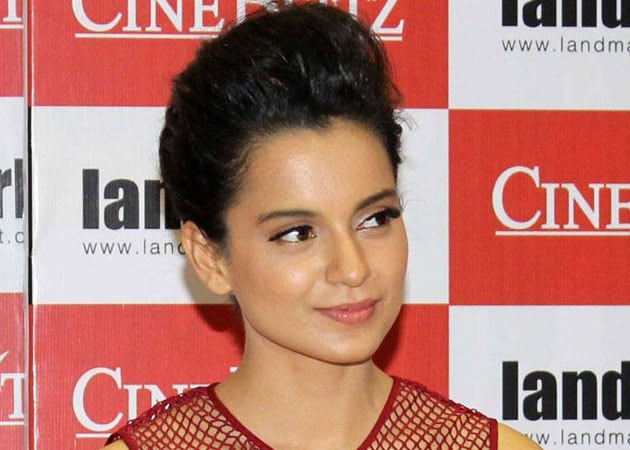 Kangana says her dialogues posed were the biggest challenge for her.

Kangana Ranaut, who plays a nautch girl in Rajjo, says to get under the skin of her character, she met some of the courtesans of Nagpada, a place in South Mumbai.

Kangana Ranaut, who plays a nautch girl in Rajjo, says to get under the skin of her character, she met some of the courtesans of Nagpada, a place in South Mumbai.
Directed by Vishwas Patil, Rajjo is based on the life of a prostitute and Kangana's character is based in Nagpada.
"My director (Vishwas Patil) gave me all the research material when I signed the film," Kangana said.
"Besides, I also made two-three visits to Nagpada, where my character in the film is based. I talked to some of the courtesans there to understand their character, their state of mind, how do they think, what kind of life they live, and what kind of places they live in...," said the National Award winning actress.
"Besides, I did the research that any regular actor does," she added.
Kangana said the way her character speaks even the boldest things with elegance, posed a huge challenge to her.
"The biggest challenge was the kind of dialogues that were given to me. She is a very bold courtesan. It was totally a different character than what I had imagined."
"Her way of talking is such that she speaks even the boldest things with such an ease and elegance that you cannot make out whether you have to get angry or get away from her," the 26-year-old said.
"It was very difficult for me to understand this kind of nature and hold it," she added.
In the regular masala movies, courtesans are stereotyped, but films like Pakeezah, Umrao Jaan and Devdas saw them as refined human beings.
And Rajjo is expected to carry the same trend forward.
"If you will meet the known courtesans of the area (Nagpada), you will see that their way of talking is so gentle and nice that they can capture anyone's heart with that," she added.
Produced by Four Pillars Entertainment, Rajjo also features Mahesh Manjrekar, Prakash Raj, Jaya Prada and newcomer Paras Arora. It will hit the theatres on November 15.