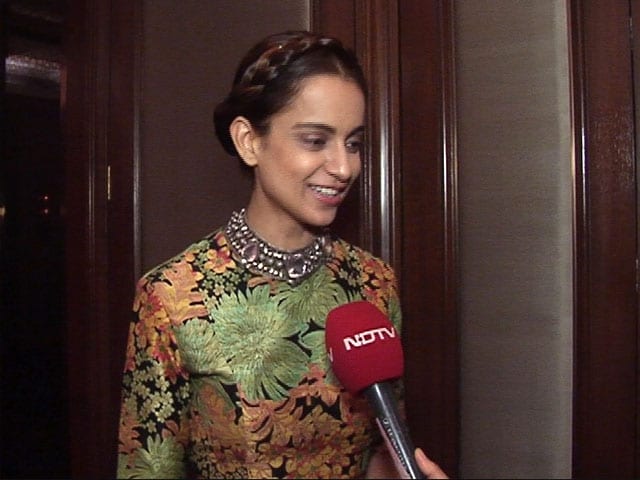 "From being the youngest on the set at 17, I realize I am no longer young," admitted Kangana

"I feel so old," says Bollywood actress Kangana Ranaut on turning 28. "From being the youngest on the set at 17, I realize I am no longer young," she adds.

The actress rung in her 28th birthday on March 23 by launching the poster of her soon-to-be released film Tanu Weds Manu Returns.

"I got Tanu Weds Manu at a time when I had no work, and am indebted to Anand Rai for giving me work when no one wanted to. Today when they call me successful, I have to give this 2011 film of mine its due, because it set the ball rolling for me," says the actress.

Her 'Rani from Rajouri' act in 2014's Queen made her the undisputed queen of the industry, sweeping awards. Kangana, who has made her 'no-awards' stance clear, could be in the race for the National Awards too. So, will she accept the National Award?

The actress says, "Well, I have no idea that I am in the race for it. But if I am why not?"

So, will Tigmanshu Dhulia's next feature on the life and times of tragedy queen Meena Kumari be the next yes?

"We are in talks," reveals Kangana.

In an industry where the sheen of stardom wears off or is coated every Friday, the actress admits that it is a highly competitive place and one needs to work continuously to evolve oneself. She says, "Through my bad times, the one thing I understood was what was the one thing different I needed to do."

So, would she like to lend her name to Deepika's cause of fighting mental illness?

Kangana says, "Yes, I will. I am willing to champion something like this, even my sister spoke openly about her acid attack."

Lastly, when does the Queen intend getting married?

"Not anytime soon, it's not on the agenda," says Kangana.