Kangana Ranaut said: "What's not justice is to make fun of a woman's vulnerabilities and sort of embarrass her for her desires" 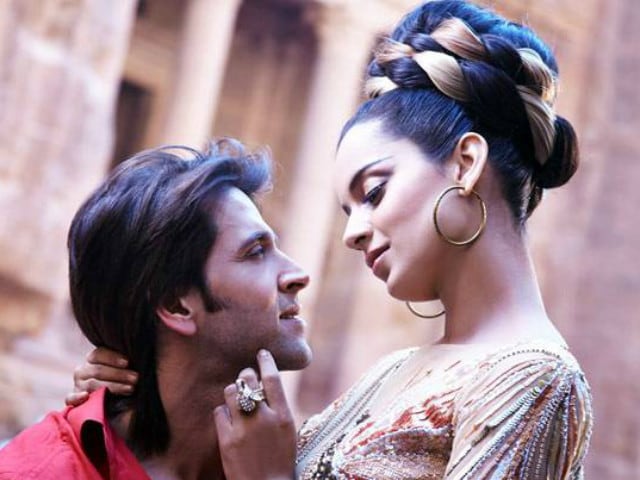 Kangana Ranaut, Hrithik Roshan in a still from Krrish 3

Warring stars Kangana Ranaut and Hrithik Roshan trends yet again on Saturday as Ms Ranaut opened up about what she went through during the public feud with the Krrish 3 actor, reported Indian Express. Earlier this year, Hrithik Roshan had alleged that Kangana Ranaut was fabricating a romantic relationship with him. Hrithik also filed a case with the Mumbai Police claiming that someone impersonating him was corresponding with Ms Ranaut through e-mails. Ms Ranaut, who said that she dated Hrithik from 2009, had reportedly sent 1439 emails to Hrithik. Contents of the alleged e-mails were leaked on social media when the investigation began earlier this year. It all started when Kangana obliquely referred to Hrithik Roshan as "a silly ex" in an interview. Mr Roshan initiated legal action following which, both sides exchanged legal notices. Ms Ranaut and Mr Roshan met on the sets of Kites in 2009.
At a recent media interaction, Ms Ranaut said that she felt rather "exposed" when the contents of her letters (she is perhaps referring to the e-mails), were revealed during the ongoing feud with Hrithik, reported Indian Express. "The letters that I might have written were brutally exposed to the world. How did I feel as a human being because every letter that you've written to your lover holds a lot of vulnerability? You are exposing part of your soul or yourself, not to the world but to an individual. I felt extremely naked in front of the world. I cried for nights in my room. People make fun of me. But I never answered to that brutality in the same spirit. I think that makes me see myself as a winner," Indian Express quoted Kangana Ranaut as saying.
"I can't help if I am not good enough for an individual but I think what's not justice is to make fun of a woman's vulnerabilities and sort of embarrass her for her desires. As far as letters are concerned, I've gone ahead to tell my side of the story," she added, reported Indian Express.
Ms Ranaut also highlighted that the curtains were drawn on her love story when "the man" bailed out of a relationship with "the woman with fire in her belly," reported Indian Express. "But the thing is, I cannot help if I have fire in my belly. To make myself worthy of an individual or my lover, I have crossed mental landscapes, human landscapes and all sort of distances covered. But what happens when these worlds meet and you are faced with extreme brutality? I am saying this because people have seen how I have put up a strong front to fight but nobody has seen what I feel as a woman, when I am subjected to that kind of brutality," Indian Express quoted Ms Ranaut.
In November, a statement issued by Hrithik Roshan discarded reports stating their investigation into the e-mails Kangana Ranaut alleged were exchanged between Mr Roshan and her has ended. "Media reports that the case is closed are totally false," said a representative of Mr Roshan. Hrithik Roshan was perhaps referring to Mumbai Mirror, which reported that the case was closed.
Hrithik Roshan, 42, and Kangana Ranaut, 29, have also co-starred in 2013's Krrish 3. Mr Roshan was last seen in box office dud Mohenjo Daro. His next film Kaabil opens on January 25 and clashes with Shah Rukh Khan's Raees.
Ms Ranaut won her third National Award this year, for her film Tanu Weds Manu Returns. She will next be seen in Vishal Bhardwaj's Rangoon.