Kangana Ranaut Said She Might Get Married This Year. Did She Mean It?

Kangana Ranaut said: It's true that at one point it feels like unbelievable that why do people get married. But then somewhere in late-twenties, when the maternal instincts kick in, you start to see things very differently" 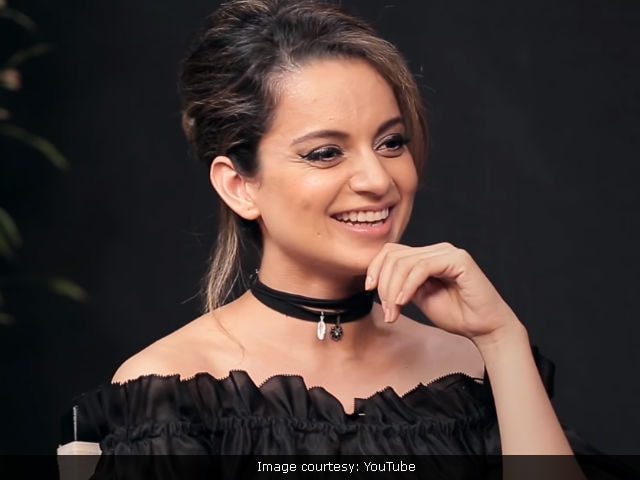 Actress Kangana Ranaut recently stunned everyone in the film industry when she announced that she might get married this year. The 29-year-old actress said this to Times Of India, explaining that she's currently in a relationship. She revealed no other details then but has spoken about marriage in two subsequent interviews. To news agency PTI, Kangana said, "There will be a time for this (marriage) and I will not shy away from marriage. I will not hide anything (referring to being in a relationship) as I am not like that," Asked to elaborate on her wedding plans by film critic Anupama Chopra, the actress said that earlier she couldn't understand why people would want to get married but now she's open to explore that option. "It's true that at one point it feels like unbelievable that why do people get married. I think being in your early-twenties and mid-twenties you have that kind of freedom. I remember my mother use to tell me... I thought she doesn't understand my lifestyle. Also, I think I had a bit of a gypsy attitude. But then somewhere in late-twenties, when the maternal instincts kick in, you start to see things very differently," said Kangana Ranaut.
"I don't think it is the insecurity of getting older but it's really nice to come back to a partner who is watching your back. Also, I have been in relationships where I've seen people behave differently when they have a companion as a wife; maybe some conditioning of a patriarchal society. In my generation people just come with... you know Tinder generation... people look over the shoulder to find a better match. I think that has really caught up with my generation. I think no one really tries their best. I want to give my best in my relationship. I think to come back to each other without the package of that legal hassle is very philosophical and sets you free. But I've failed miserably at that. Therefore, I thought, 'How about doing it and see what happens next?'" Kangana told Anupama Chopra.
Kangana also told TOI that all her exes have always wanted to "get back with her." However, a week after the break-up she moves on. Kangana has reportedly dated actor Aditya Pancholi, who is married to actress Zarina Wahab. She was apparently also in a relationship with actor Adhyayan Suman with whom she co-starred in 2009 film Raaz: The Mystery Continues. Last year, Kangana also claimed that she dated actor Hrithik Roshan, her co-star of Kites and Krrish 3. After she referred to Hrithik as her "silly ex," a legal battle ensued between them which carried on for all of 2016.
Pointing at her Rangoon co-star Shahid Kapoor, Kangana said: "He gives me a lot of encouragement. Like, I have someone who I deeply love and the person also loves me but I'm not interested in dating. And the example I have is Shahid. Look at Shahid, you can right away jump into it and it can work." Shahid clarified: "Me and my wife (Mira Rajput) fell in love in the process of getting married. It's not like we loved each other before we got married. We didn't know each other from before."
"My situation is not arranged marriage or anything. I'm just joking about it. That's what I hope to do but let's see," Kangana concluded.
Watch Kangana talk about marriage, films and Rangoon: