Kangana Ranaut Says She Was 'Judged For Her Fashion Sense'

Kangana Ranaut said, "When I started out, in the beginning, I was judged for my fashion sense" 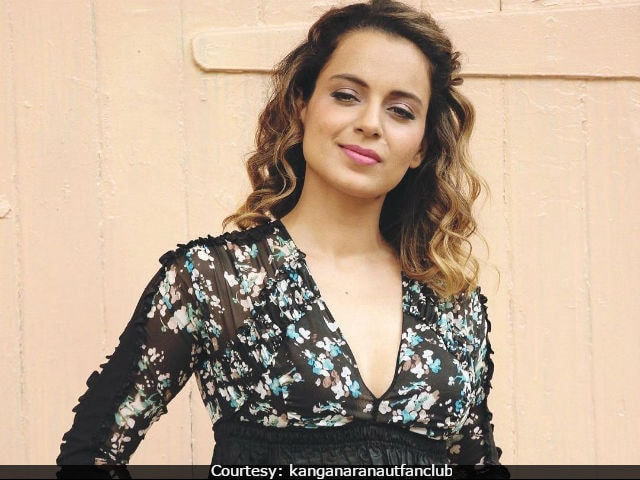 Actress Kangana Ranaut, who is now best known for starting the nepotism debate in Bollywood, said that when she debuted in the industry, she was 'judged' for her fashion sense, reports news agency PTI. "When I started out, in the beginning, I was judged for my fashion sense. I was from the mountains, so I dressed differently. If you are not launched in a certain manner, if you are not groomed in a certain way, then your journey is a bit different from others," Kangana told PTI. She further added that slowly through the years, she 'groomed' herself. Kangana, 30, last featured in Vishal Bhardwaj's Rangoon.
Kangana, who debuted in 2004 with Anurag Basu's Gangster told PTI, "Initially, I did feel like I was a bit off. I myself felt that. Being presentable is one of the most important aspects of the film industry. Grooming is an important aspect so you see people around. In the film business, how you present yourself, express yourself is one of the most important aspects. Being an actor, you not only have to do research about the characters but people, the body language. There is a lot of study which goes into it and ultimately you find your space. I did the same."
The nepotism debate began when Kangana appeared on Karan Johar's chat show Koffee With Karan, where she accused the filmmaker of being a flag-bearer of nepotism. "In my biopic, if ever it's made, Karan, you'll play that stereotypical Bollywood biggie, who is very snooty and completely intolerant towards outsiders, flag-bearer of nepotism, the movie mafia." Ever since then, the debate has begun with many stars expressing their view in support or against it.
Meanwhile, Kangana Ranaut the star of films like Tanu Weds Manu, Tanu Weds Manu Returns and Queen, will next be seen in Simran and Manikarnika - The Queen Of Jhansi.
(With PTI inputs)