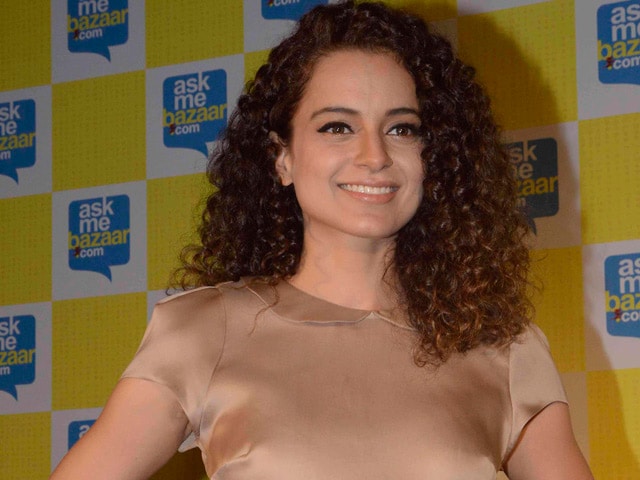 Kangana Ranaut at an event in Mumbai.

"Before that I would be doing Sujoy Ghosh and Hansal Mehta's films," said Kangana

Actress Kangana Ranaut confirmed that she has been roped in for the biopic on late Bollywood actress Meena Kumari, but she said that she won't be able to start with the film before mid-2016.
Two of her other projects - one with Sujoy Ghosh and the other with Hansal Mehta - will be keeping her busy.
"Yes, I have been offered a film on Meena Kumari and I hope things work out," Kangana said at an event in Mumbai. (Also Read: Kangana Ranaut on 'Feeling Old,' Marriage and Possibly Playing Meena Kumari)
"But before that I would be doing Sujoy Ghosh and Hansal Mehta's films, so I won't be able to start with Meena Kumari's biopic before mid-2016. But that's happening," she added. (Also Read: Why Kangana Ranaut Walked Out on Her Mr Chaalu)
Meena Kumari, best known for her work in films like Chhoti Bahu and Sahib Biwi Aur Ghulam", was an iconic star of Hindi cinema as well as a poet of great flair. Her personal life was full of pain and sorrow and she died of cirrhosis of liver in 1972. She was 39. (Also Read: When Meena Kumari Nearly Missed Doing Sahib Bibi Aur Ghulam)
The biopic on the late actress will be directed by filmmaker Tigmanshu Dhulia.